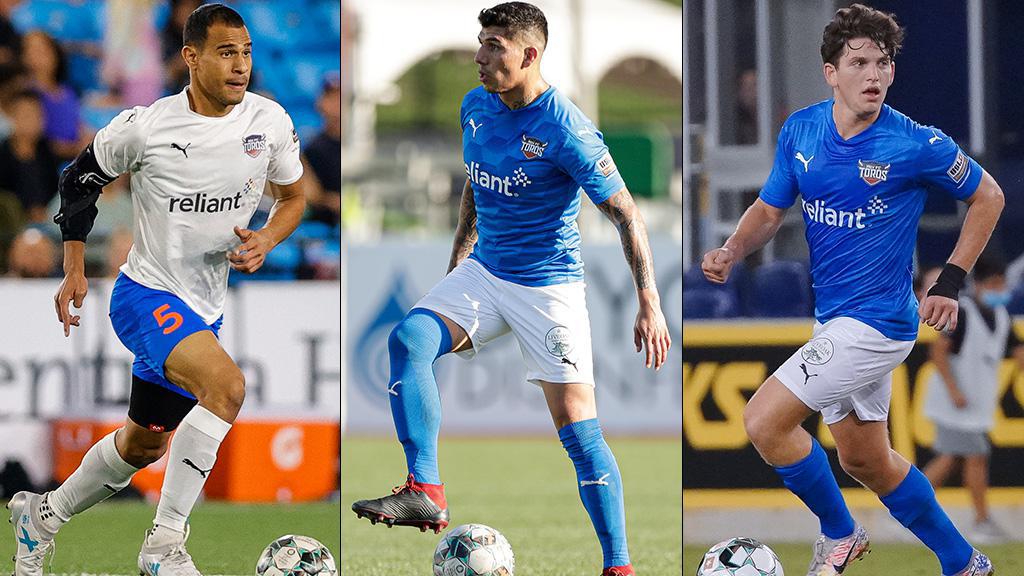 Pimentel returns to the RGV FC back line for the upcoming campaign having helped lead the side to the Western Conference Semifinals of the 2021 USL Championship Playoffs. The 31-year-old stood as a solid veteran for the Toros in his first season in the USL Championship, accounting for 30 tackles, 50 clearances, 11 blocked shots, and 46 interceptions. His prior experience – including time in Liga MX at Club America – made him a natural leader on the pitch, especially on the back line as he was a vocal piece, directing traffic despite language barriers.

Toros Sporting Director and Head Coach, Wilmer Cabrera knows how impactful the defender is on the field but more importantly in the locker room. “Erik was a pillar of the team’s success last season, and we are excited to have him again as one of the key players on and off the field for us.”

Ycaza made 17 appearances for Austin Bold FC during the 2021 USL Championship season prior to his transfer to RGVFC on September 3. The 24-year-old then went one to make 13 appearances for the Toros and recorded two goals and two assists in the club’s drive to the postseason.

“Emilio made a great impact last season despite arriving late,” said Cabrera. “This season he is motivated to become one of the top players in this league and a leader with positive impact in the club.”

Ycaza played collegiate soccer at the University of South Florida. He had a short stint in the academy program of Swedish club IF Brommapojkarn from Sweden in 2017 before returning to the United States to join the Bulls collegiately.

Cabezas returns for a second season at H-E-B Park after having started in 15 of 19 appearances for the Toros a season ago, including appearing in both postseason contests. Cabezas has logged 21 appearances and 1,546 minutes of action in the Championship, captaining the Toros on 11 occasions. The Cali, Colombia native showed positive distribution a season ago, recording an 84.6 passing accuracy rate last year.

“Juan David is coming back to the team with a desire and mentality to play more games and become the leader of the team on and off the field,” said Cabrera.

Cabezas’ experience will be crucial this season as RGV FC makes its first appearance in the historic Lamar Hunt U.S Open Cup, the oldest soccer tournament in North America. In 2018 while at Houston Dynamo, he played a key role in the Open Cup Final that saw Houston defeat the Philadelphia Union 3-0 for the title.

In the international ranks, Cabezas has played at the Under-20 level, representing his home country, Colombia, at the South American U-20 Championship in 2011, making six appearances of nine Colombia’s matches, and at the 2011 FIFA U-20 World Cup, played in Colombia. Cabezas started all five of Colombia’s matches at the U-20 World Cup that led to a Quarterfinal appearance. Cabezas played a key defensive midfield role in the tournament alongside of other Colombian stars such as forward James Rodriguez, defender Jeison Murillo, striker Luis Muriel and winger Fabian Castillo.