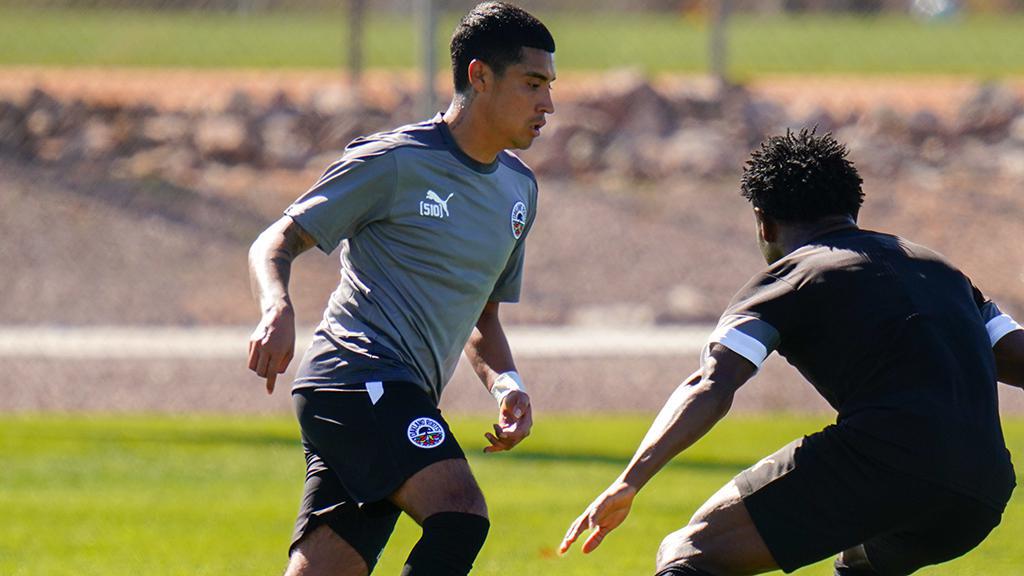 CASA GRANDE, Ariz. – Goals by Charlie Dennis, Mattias Fissore and Danny Barbir saw Oakland Roots SC take a 3-2 victory against FC Tulsa on Sunday in the Desert Showcase hosted by USL League One club FC Tucson at the Kino Sports Complex in a game that saw three penalties awarded across the two sides.

Oakland took the lead early in the contest when Chuy Enriquez stole possession as Tulsa tried to play out of the back and alertly centered for Dennis – a former FC Tucson player – to tuck home a tidy finish. Roots SC then had a chance to add to its lead but Tulsa goalkeeper Sean Lewis made a critical save on an Oakland penalty kick to keep it a one-goal game.

The stop appeared to turn the game’s momentum, giving Tulsa the chance to settle down. Seven minutes before halftime, the Eastern Conferenec side was awarded a penalty kick of its own and Darío Suárez, bagged his first preseason goal from the spot, shooting just right of center as the goalkeeper went the opposite way.

Oakland was awarded a second penalty kick early in the second half, however, and on this occasion Fissore made no mistake from the spot with a low to the left corner. Soon after, Barbir made it three as after a short corner on the right, the ball was delivered deep to the far post where the center back volleyed home crisply into the opposite corner.

Tulsa battled back and with 14 minutes to go Josue Flores had his initial shot blocked but followed up on the rebound and beat the keeper and backline with his second effort. The goal marked the USL Academy signings first goal in FC Tulsa colors. From there, though, Roots SC closed out the victory to continue its solid start to preseason.