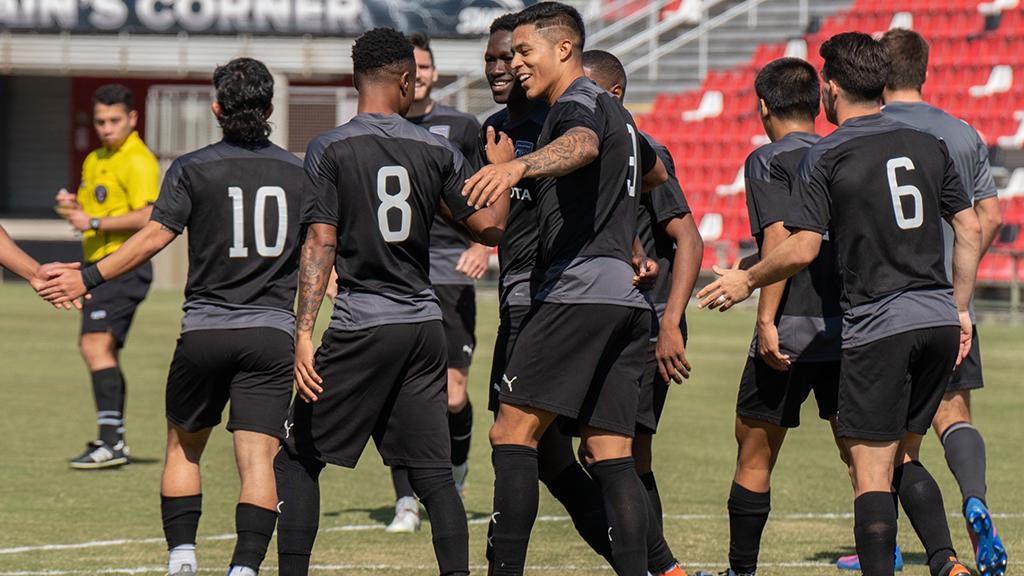 SAN ANTONIO – Santiago Patino recorded both goals as San Antonio FC took a 2-1 victory on Sunday afternoon against MLS NEXT Pro club the Houston Dynamo 2 in a preseason exhibition at Toyota Field.

“I’m proud of the players’ commitment to developing our team identity,” said SAFC Head Coach Alen Marcina. “We’ve said it from day one – preseason serves the purpose of developing the team identity. Results at this moment are irrelevant to us, it’s about applying our game model principles, which the players did today.”

Patino opened the scoring in the sixth minute when he found the net after a deflection gave him the ball in space just inside the penalty area. San Antonio then held its lead through the remainder of the first half after a strong defensive effort limited Houston’s scoring opportunities. SAFC’s defensive play led to multiple chances on the counterattack, with Patino and Justin Dhillon serving as the most frequent beneficiaries.

SAFC then stuck again early in the second half. David Loera carried possession up the left, moving forward quickly on a counterattack before delivering a cross from just outside the penalty area that Patino tucked away.

Houston scored in the 86th minute to cut the lead to 2-1, but the SAFC defense held firm for the final minutes to secure the victory.