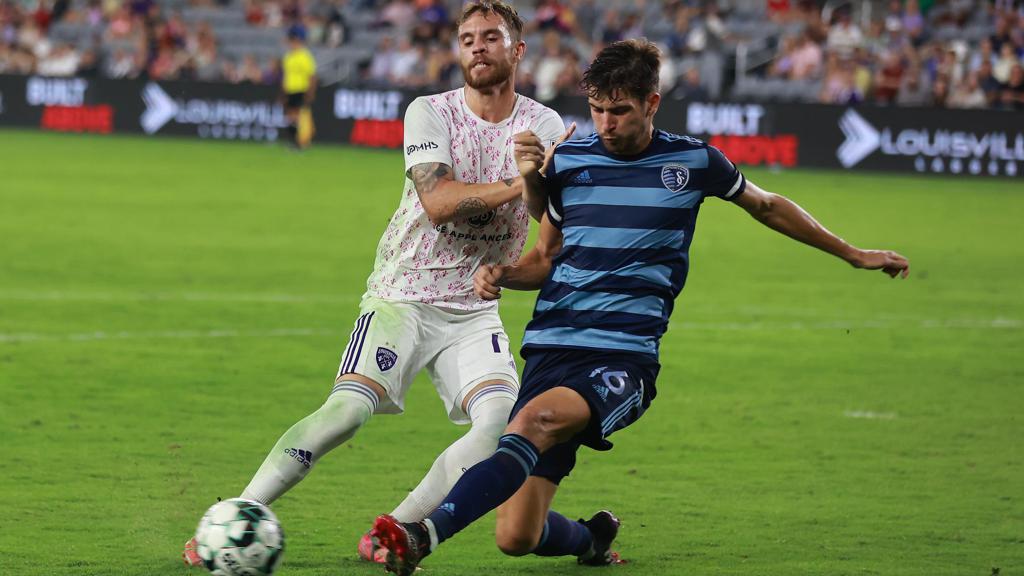 MEMPHIS, Tenn. – Memphis 901 FC announced today the signing of defender Graham Smith, midfielder Jeremy Kelly and forward Derek Dodson as the club continued to build its squad ahead of the 2022 USL Championship season. The signings are pending league and federation approval.

Smith joins Memphis having spent the past four seasons with Major League Soccer club Sporting Kansas City. The 26-year-old recorded 17 appearances and 1,377 minutes of action in MLS for SKC, and also featured on loan in the USL Championship for Sporting Kansas City II. Smith made 66 regular-season appearances for SKC II and recorded a duel success rate of 61.7 percent and tackle success rate of 75.9 percent while also notching 280 clearances and 118 interceptions.

“Graham is a top competitor and leader in the center back and we are thrilled to have him join us,” said 901 FC Head Coach Ben Pirmann. “He has a very good ability to organize and make critical defensive plays, as well as build the ball from the back with precise passing and long-range passing ability.

“Graham has great experiences over the past four seasons in both MLS and USL and will be a great asset for this Club!”

A native of Highlands Ranch, Colo., Smith was selected with the 18th selection of the 2018 MLS SuperDraft by Sporting following the conclusion of his college career at the University of Denver. Smith had made 43 appearances for the Pioneers after transferring from Oregon State University before his junior season, and in 2017 was voted to the All-Summit League First Team while also being voted to the Summit League All-Tournament Team twice.

“In my conversation with Ben and [Assistant Coach] Caleb [Patterson-Sewell] along with current players the high ambitions of the club are clear and incredibly exciting,” said Smith. “I’m looking forward to contributing to something special next year in Memphis.”

Dodson arrives in Memphis having recorded five goals and two assists in 22 appearances for Hartford Athletic this past season. The 23-year-old joined Hartford on loan from MLS side Orlando City SC after being selected with the eight pick of the 2021 MLS SuperDraft by the Lions having previously competed at Georgetown University.

“Derek is a hard-working striker with a great knack for creating and finishing chances,” said Pirmann. “He has yet to hit his full potential and is already a high-end attacker in this league. I believe his versatility will fit in smoothly in our attacking structure. He can create goals but has a quality skill set with the ball at his feet as well as in his defensive desire.”

For the Hoyas, Dodson was a three-time Big East Tournament title-winner as he made 72 appearances for the side and recorded 32 goals and 14 assists in his college career. The 2017 Big East Freshman of the Year, Dodson was voted to the 2019 United Soccer Coaches All-America team as well as to the All-Big East First Team before recording two goals and three assists in the abbreviated 2021 season before joining Orlando.

“I’m extremely excited to be joining Memphis 901,” said Dodson. “It is a fantastic staff coupled with a great close-knit group of players. I can’t wait to compete and work hard for this club!”

Kelly makes the move to Memphis having most recently competed for fellow USL Championship side Phoenix Rising FC in the 2021 season. Kelly made five appearances for Rising FC and notched one assist in 245 minutes of action while on loan from the Colorado Rapids. The 24-year-old will enter his third season in the professional ranks with 901 FC after being selected with the ninth pick of the 2020 MLS SuperDraft by Club de Foot Montreal before being traded to the Rapids.

“Jeremy is a very technical and gifted football player that can play anywhere on the pitch,” said Pirmann. “His impact on the game is highly fundamental to the team’s successes. Jeremy has great experiences and a pedigree that will help our Club achieve our goals this season and we can’t be happier for him to arrive to Memphis.”

Kelly had previously made his debut in the professional ranks in 2016 as an Academy signing for North Carolina FC prior to attending the University of North Carolina. Kelly made 79 appearances for the Tar Heels and recorded six goals and 12 assists overall for the side, and in his senior season in 2019 was voted to the All-Atlantic Coast Conference Second Team. During his college career, Kelly also competed for San Francisco City FC and North Carolina FC U23 in USL League Two.