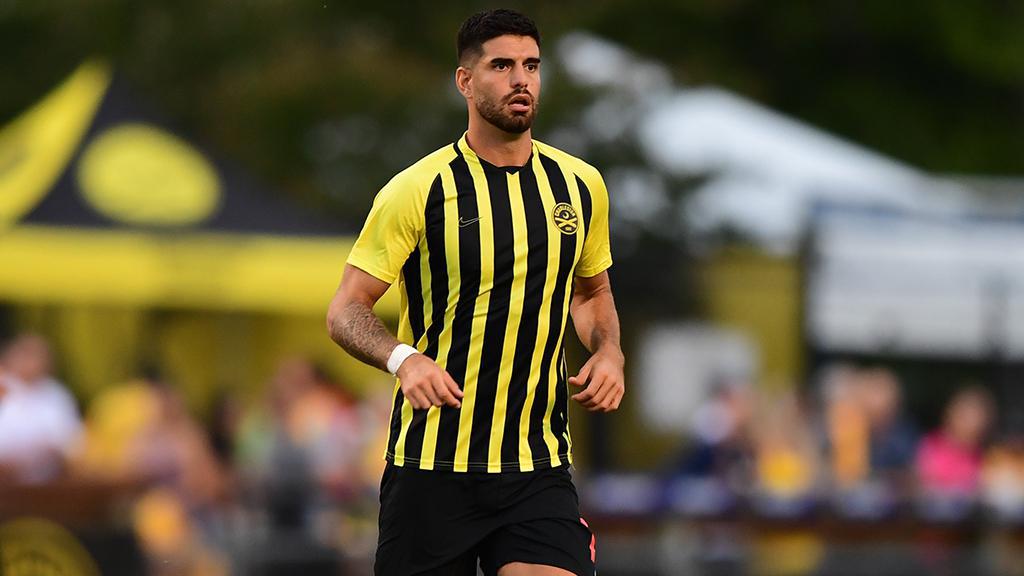 PHOENIX – Phoenix Rising FC announced on Saturday it had acquired Claudio Repetto via transfer from fellow USL Championship club the Charleston Battery and signed the Italian forward to a multi-year contract. The transactions are pending league and federation approval.

“I know Phoenix Rising is a great organization – one that wants to win trophies,” said Repetto. “That winning mentality is the reason why I wanted to go to Phoenix. I feel like I am at the right point in my career to start winning trophies. That’s the mentality I have now. I cannot wait to meet the guys, see the city and get to work.”

Repetto joined the Battery last season and led the side with nine goals in 24 appearances while also notching three assists. A native of Genoa, Repetto averaged a goal every 177.4 minutes for the Battery while posting a shooting accuracy rate of 63.3 percent and shot conversion rate of 30 percent. Additionally, he recorded 16 chances created while posting a passing accuracy rate of 77.3 percent.

“We are very excited to add Claudio to our team,” said Rising FC Head Coach Rick Schantz. “His physical stature and goal-scoring record will be very helpful to our style of play. Having a target forward with his size and work rate has always been important to our style of play. He gives us the ability to play different systems and possibly combine with a second forward.  His play with his back to goal is very good. He is technically gifted and gives us a lot of optionality.”

Repetto had previously attended Coastal Carolina University in 2019 and 2020, where he scored seven goals and an assist in 29 matches with the Chanticleers. The 25-year-old spent the 2018 season with USL League Two’s Ocean City Nor’Easters. He scored eight goals and two assists in 13 games.