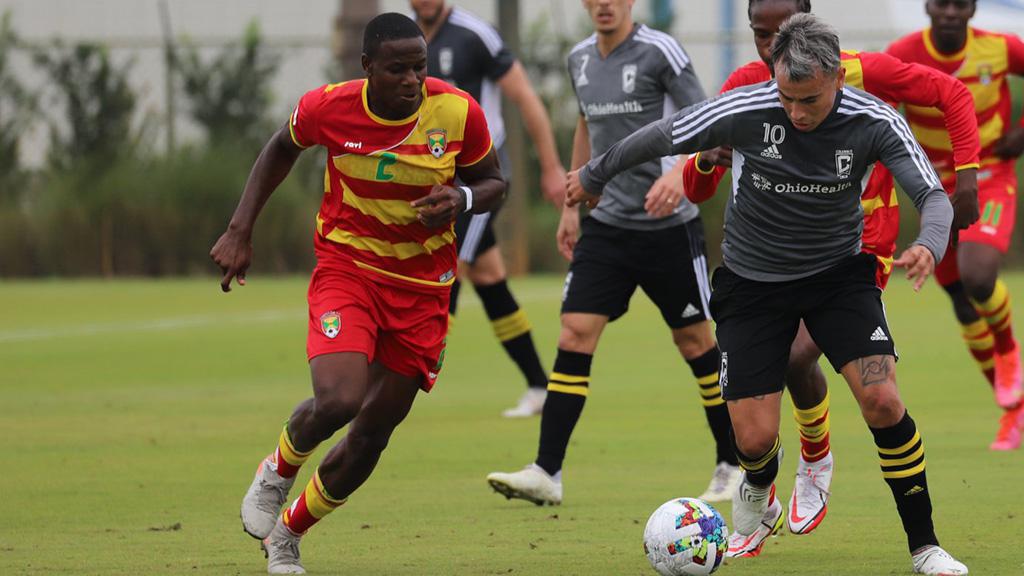 CHARLESTON, S.C. – The Charleston Battery announced on Friday the club had signed defender Benjamin “Benji” Ettienne to a multi-year contract ahead of the 2022 USL Championship season, pending league and federation approval.

Ettienne has made five appearances with the Grenada national team, having made his debut for the Spice Boys during Concacaf qualifying for the 2022 FIFA World Cup against the U.S. Virgin Islands on March 30, 2021. In total, he’s appeared in two World Cup qualifiers and three Gold Cup matches.

“I want to first thank my coaches and everyone who helped me to get here, it feels amazing, it’s a very special moment for me to sign my first professional contract,” said Ettienne. “I am looking forward to growing and developing as an individual while helping the team fight for a title.

“I will embrace this opportunity in the USL Championship, learn as much as I can, work hard in training, keep my discipline and execute to the best of my ability.”

Ettienne has also featured for the Grenada U20 squad, having made seven appearances since 2020, twice as captain. The defender has scored six goals and tallied three assists with the team. His first youth international appearance came with the Grenada U17 team on March 22, 2019, against the Nicaragua U17s, his only match at that level.

“Benji has a lot of the talent we are looking for, he’s a good young player and we’re very excited about him,” said Battery Head Coach Conor Casey. “He’s quite solid defensively and he gives us a bit going forward offensively. He’s at a good stage in his career now to be in a professional environment, I look forward to working with him and helping him improve.”

The defender’s versatility on the right side has seen him positioned in the midfield in addition to the back line.

The 18-year-old joins fellow Grenadian international AJ Paterson in Charleston, and is looking forward to competing alongside him.

“AJ has been a good role model to everyone on the national team, his professionalism and mentality are outstanding, I hope to capitalize on that by being closer to him,” said Ettienne. “We always talked before games, he’s like a big brother to me, so I hope that he will continue to guide me as I start my new journey.”