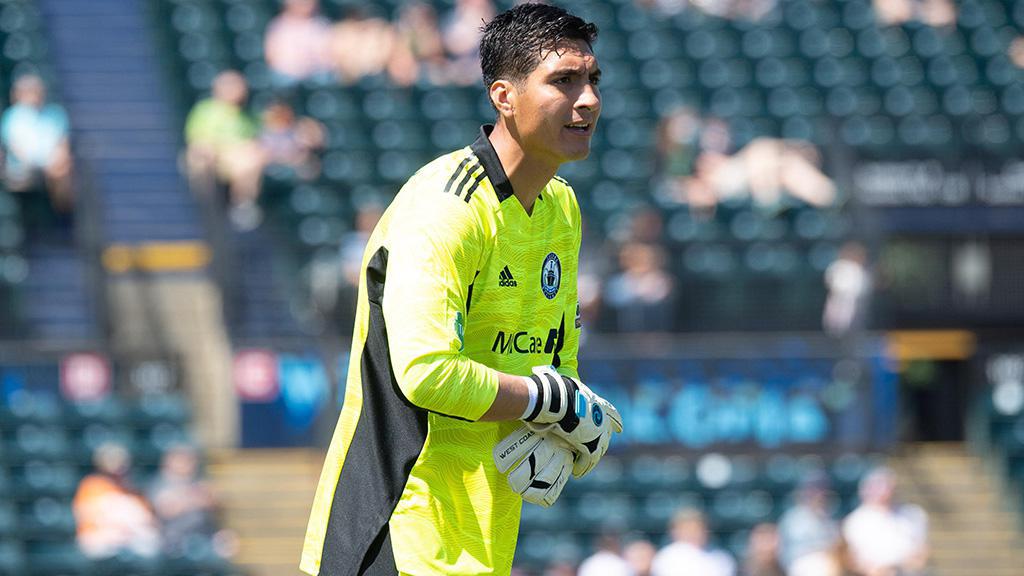 Colorado Springs Switchbacks FC has signed goalkeeper Christian Herrera, who has made 28 appearances in the Championship in his career. | Photo courtesy Charis Wilson / Tacoma Defiance

COLORADO SPRINGS, Colo. – Colorado Springs Switchbacks FC announced on Thursday the club had signed goalkeeper Christian Herrera, who most recently competed for Tacoma Defiance, ahead of the 2022 USL Championship season. The transaction is pending league and federation approval.

“I’m very excited about joining this group,” said Herrera. “"It is clear to me that the Switchbacks have ambitions to be a championship team and I am looking forward helping accomplish the club’s objectives.”

A New Mexico native, Herrera began his professional career in the USL Championship with Real Monarchs SLC after coming through the academy program of Real Salt Lake in Arizona. Herrera spent the 2016 season on loan to Liga MX club C.F Pachuca, and the 2017 season on loan to the Portland Timbers 2, before being signed by Sporting Kansas City II ahead of the 2018 Championship season.

In 2019, Herrera moved to Orlando City B in USL League One, before returning to the Championship in 2020 with Oakland Roots SC. After spending time on loan with the Defiance during the 2020 season, he signed with Tacoma ahead of the 2021 Championship season and last campaign recorded three shutouts in 18 appearances while posting a 69.1 save percentage.

“We are happy to be adding a second keeper who we feel can challenge to start this year,” said Switchbacks Head Coach Brendan Burke. “Christian gained valuable experience in the West last year and has been in a number of big clubs at a relatively young age so he brings a great mindset and will help drive our everyday training environment forward.”

Overall in the Championship, Herrera has made 28 career appearances, logging 92 saves and six shutouts and a cumulative save percentage of 68.2 percent.