Haitian international made 25 appearances for side in successful 2021 campaign 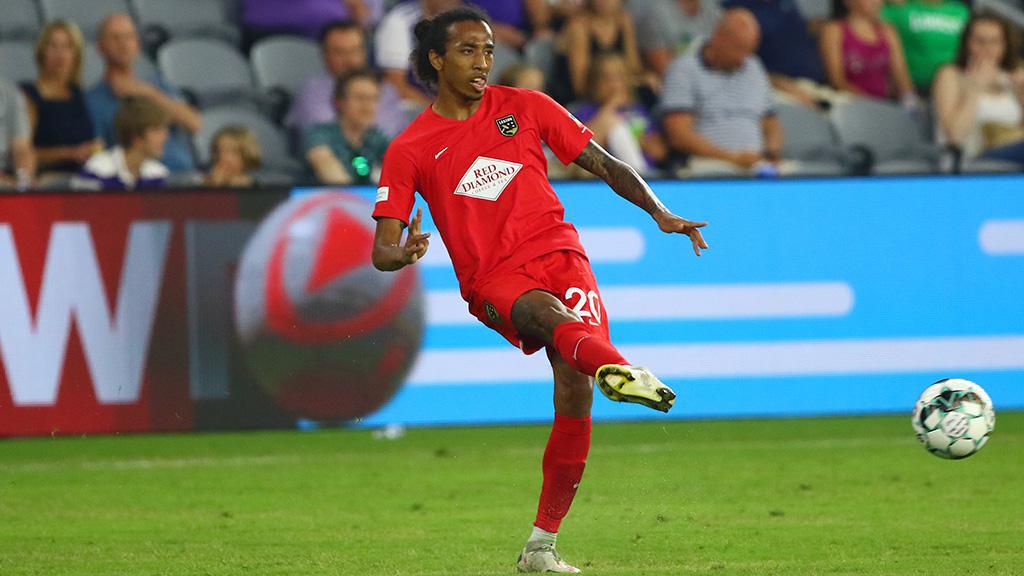 Birmingham Legion FC has re-signed midfielder Zach Herivaux, who has made 48 appearances for the club over two prior seasons in the center of midfield. | Photo courtesy Em-Dash Photography / Louisville City FC

BIRMINGHAM, Ala. – Birmingham Legion FC announced on Tuesday the club had re-signed midfielder Zach Herivaux ahead of the 2022 USL Championship season, pending league and federation approval. The 26-year-old played for Legion FC in 2019 while on loan from Major League Soccer club New England Revolution and returned to Birmingham for the 2021 campaign.

“[Head Coach] Tommy [Soehn] and I are excited to have Zach back in Birmingham for a third season,” said Legion FC President and General Manager Jay Heaps. “He has proven his versatility across multiple positions on the field, and we think he’ll bring a lot to the group this season.”

Herivaux made 23 appearances for the Three Sparks in 2019 and recorded one goal, one assist and 14 chances created while serving as an anchor in the heart of the club’s midfield with 19 interceptions, 20 clearances and 35 tackles with an 85% passing accuracy. This past season, he made 25 appearances as Legion FC advanced to the Eastern Conference Semifinals of the 2021 USL Championship Playoffs and posted an 87.1 percent passing accuracy rate, second-highest on the club.

The 26-year-old also spent time in the USL Championship with San Antonio FC in 2017, on loan from New England, and then during the abbreviated 2020 campaign. Over the course of his career, Herivaux has made 58 appearances in the Championship’s regular season, recording almost 3,500 minutes of action.

This will be Herivaux’s seventh professional season after signing with the Revolution as the club's third Homegrown Player in 2015. Herivaux made 10 career MLS appearances, including two starts, while also appearing eight times and recording a pair of goals for the club in the Lamar Hunt U.S. Open Cup. Herivaux has also made 17 appearances for the Haitian National Team, registering two assists.