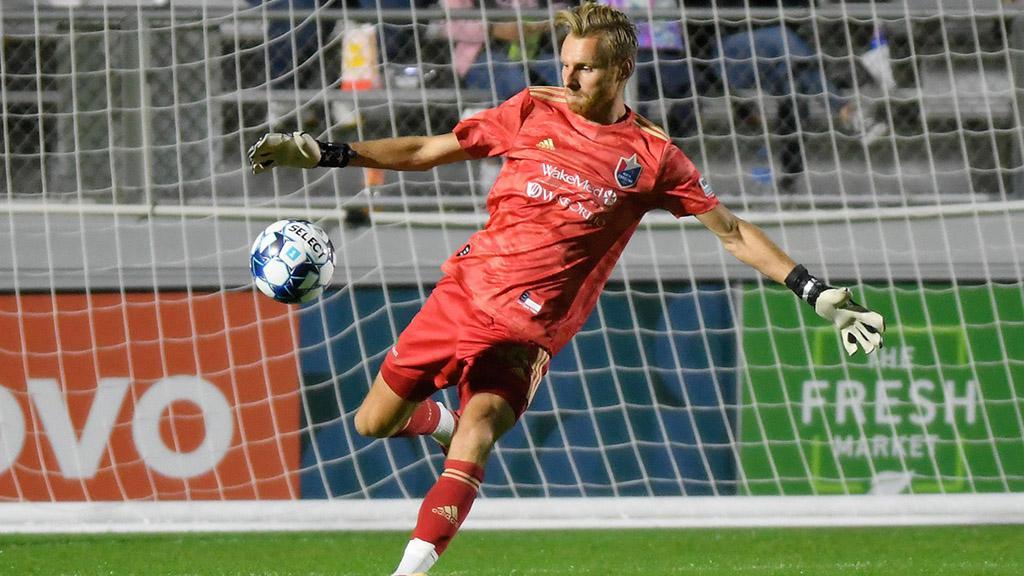 MIAMI – The Miami FC announced on Wednesday the club had signed goalkeeper Jake McGuire ahead of the 2022 USL Championship season. The signing is pending league and federation approval.

McGuire joins Miami having spent the past season with USL League One club North Carolina FC. The 27-year-old made 21 appearances for NCFC and tied for third in the league with 74 saves and ranked fifth with seven shutouts.

“Jake is a guy that comes highly recommended,” said Miami Head Coach Anthony Pulis. “He’s been involved with teams at every level in this country plus playing two years in Sweden make him very well rounded and ready for the challenge with us. He’s a consummate professional and very good goalkeeper. Excellent shot-stopper, commands his box well and good with his feet. We’re really pleased to add him to our goalkeeping department where he’ll add some much needed competition.”

Born in Pomona, California, McGuire spent two years in the youth ranks of Major League Soccer side Chivas USA before joining the University of Tulsa’s NCAA Division I program. There he became one of the most decorated players in program history, ranking first in career shutouts (17) and minutes played (6,360), and second in saves (245). During that time, McGuire also competed in USL League Two for the Portland Timbers U-23s.

After a standout college career, McGuire was selected with the 30th overall pick of the 2017 Major League Soccer SuperDraft by Houston Dynamo FC. He went on to sign professionally with the Philadelphia Union and competed on loan in the Championship for the Philadelphia Union II, making 43 appearances and recording 10 shutouts over two seasons. McGuire also started a friendly for the Union against Swansea City during the 2017 season.

After two seasons in Philadelphia, McGuire signed with Swedish side Gefle IF where he recorded seven shutouts in 30 appearances over the 2019 campaign before joining fellow Swedish club Orebro for the 2020 season. He then returned to the United States to play for North Carolina a season ago.