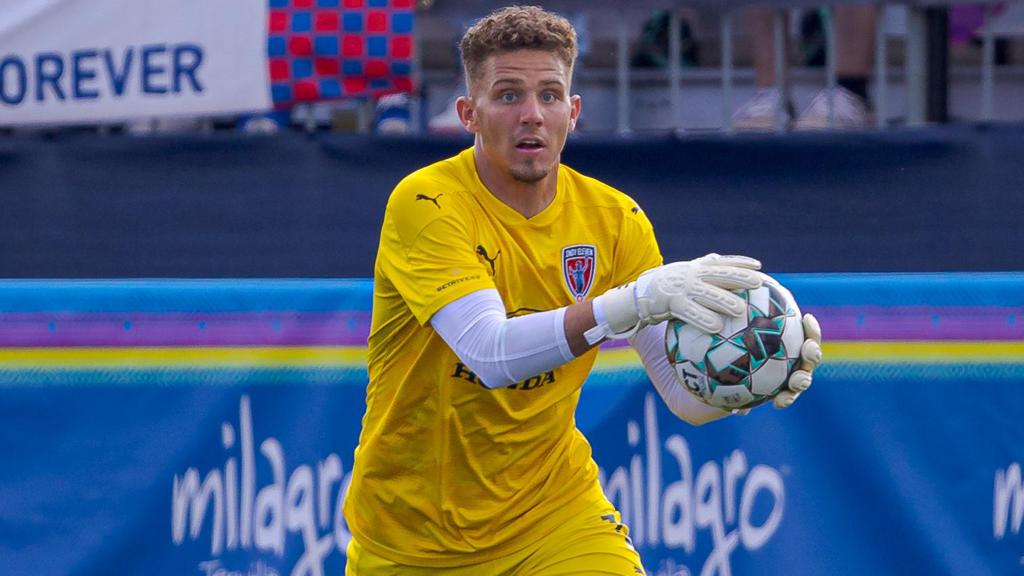 San Antonio FC has signed goalkeeper Jordan Farr, who joins the club on a permanent deal after competing for SAFC on an emergency loan from Indy Eleven during the 2021 USL Championship Playoffs. | Photo courtesy Trevor Ruszkowski / Indy Eleven

SAN ANTONIO – San Antonio FC announced on Wednesday it had signed goalkeeper Jordan Farr, pending league and federation approval. Per team policy, terms of the deal were not disclosed.

Farr joins San Antonio after having competed for the side on an emergency loan from Indy Eleven during the 2021 USL Championship Playoffs after an injury to regular starter Matt Cardone. Farr started all three games of the postseason for SAFC as the side reached the Western Conference Final before falling to Orange County SC in a penalty shootout.

“We are delighted to welcome Jordan back to the team,” said SAFC Head Coach Alen Marcina. “He performed exceptionally well for us in playoffs demonstrating the ability to make prominent saves in key moments. Jordan is a high character, high-performing goalkeeper, and well-received addition to our team culture.”

Farr had spent the past four seasons with Indy, and made 34 appearances for the club, the majority of which came in the past campaign. The 27-year-old started 21 matches in the 2021 Championship regular season, recording 72 saves, five shutouts and a 72 percent save percentage in 1,890 minutes of action.

A native of Salem, Oregon, Farr had previously played collegiate soccer at Corban University in addition to compiling minutes with the Charlotte Eagles and Portland Timbers U-23s in USL League Two.