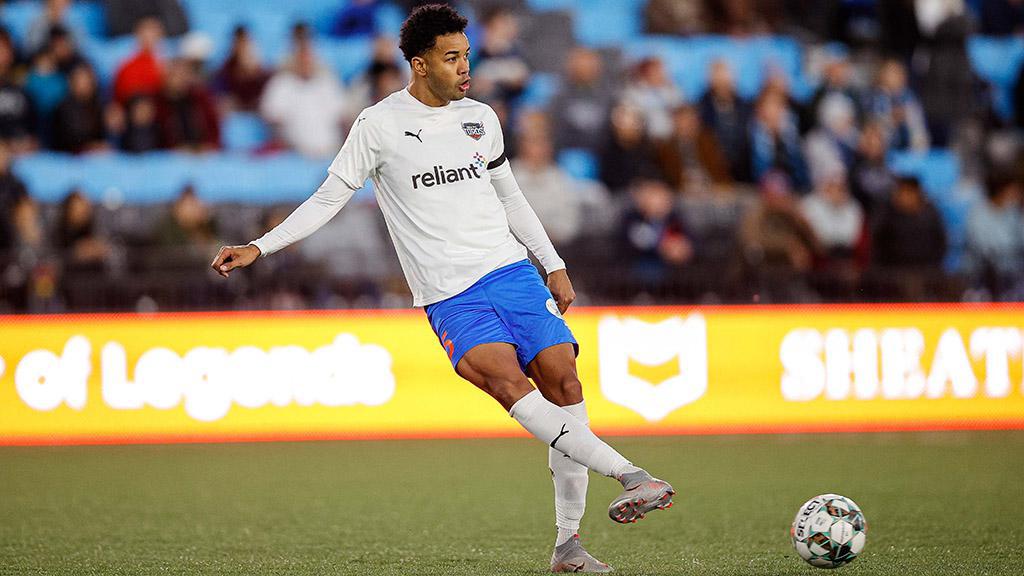 Diz Pe is a former Cuban national team member with 13 caps under his belt for the senior squad and another 18 appearances between Cuba’s U-17, U-20, and U-23 teams. He initially broke through with the senior team in 2012 as part of the country’s 2014 FIFA World Cup Qualifying campaign. His last national team appearance for Cuba came in the 2015 Concacaf Gold Cup where he was teammates with current FC Tulsa forward Darío Suárez.

“Adrián is a player that I’ve seen over the last few years that has impressed me at center-back,” said Tulsa Head Coach Michael Nsien. “Adrián is uncompromising when it comes to winning balls in the air and tackling. He also has a great range of passing and can unlock opponents from all areas of the field. His commanding presence will be another big addition to FC Tulsa and gets us closer to reaching our objectives.”

Diz Pe initially kicked off his career with C.F. Ciudad de la Habana in his hometown of Havana in 2012 where he also played with Suárez. In 2018, Diz Pe made the move to the United States and signed with Portland Timbers 2 in the USL Championship.

In two seasons with Portland, Diz Pe made 36 appearances, logged three assists, and scored once as a center-back. In 2018, Diz Pe helped lead T2 to a place in the USL Championship Playoffs, and played all 90 minutes of Portland’s Western Conference Quarterfinal against Phoenix Rising FC following a sixth-place regular season finish. He moved to Colorado Springs Switchbacks FC in 2020 and appeared in 12 of its 16 regular season matches before spending 2021 with Rio Grande Valley FC.

The 27-year-old was a force on the backline for RGVFC last year with 67% duel success rate and a 71.6% aerial duels success rate. His played helped the Toros reach the 2021 USL Championship Playoffs, where Diz Pe appeared in both postseason matches as the Toros made the Western Conference Semifinals.

“I’m really grateful for this opportunity,” said Diz Pe. “And now it’s time for me to do my best and bring the trophy home. I can’t wait to feel the support of all the Tulsa fans and share in the excitement of each victory on the pitch. This is going to be a great year, let’s fight together, Tulsans.”