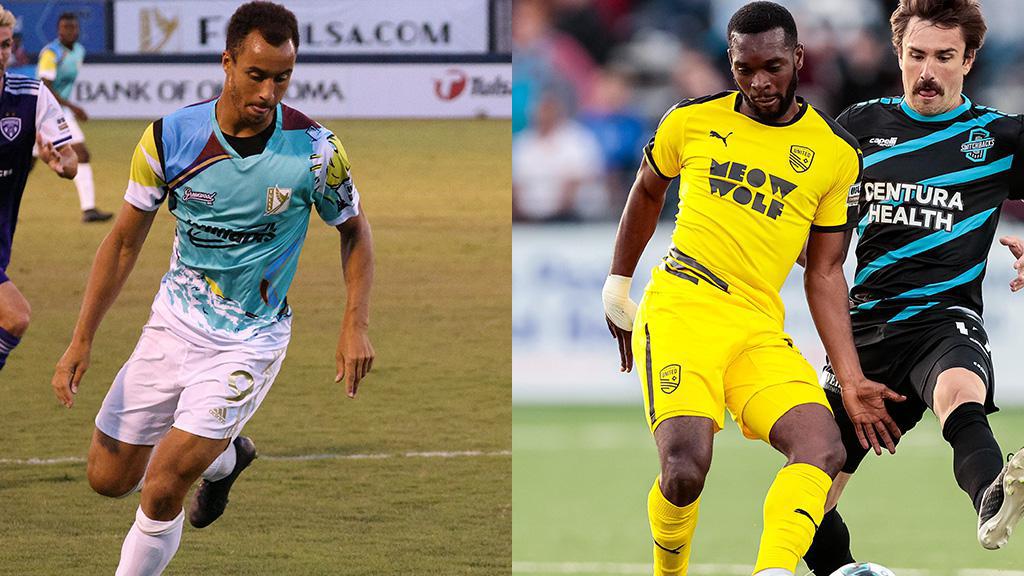 Kiesewetter joins New Mexico after competing in the 2021 Championship season at both FC Tulsa – where he signed prior to the campaign – and then on loan at Sacramento Republic FC following a mid-season move. The 28-year-old recorded one goal and one assist for Republic FC in 11 appearances during his time on loan at the club.

A native of Berlin, Germany, Kiesewetter has had previous success in the Championship. After joining El Paso Locomotive FC during the 2019 season, he recorded 12 goals in 28 appearances to help the side reach the Western Conference Final of the 2019 USL Championship Playoffs in the club’s inaugural season. Twice capped for the United States at the senior national team level, Kiesewetter has also previously played in the Bundesliga, and has made 250 appearances overall in the professional ranks.

“Jerome provides an immediate presence on the field,” said New Mexico United Head Coach and Technical Director Zach Prince. “He has a natural instinct inside the box that makes him a very dangerous forward. We are excited to add Jerome to our attacking core.”

Brown makes the move to Tulsa with an impressive record in the Championship over his career, having recorded 38 goals and 22 assists in 109 regular season appearances in the league. The 29-year-old recorded nine goals and five assists for the Charlotte Independence in 2016, his first season in the league, and has since played for Reno 1868 FC and New Mexico United, while also competing on loan for Oakland Roots SC from New Mexico a season ago.

Capped nine times by Jamaica, including competing at the 2019 Concacaf Gold Cup, Brown recorded 27 goals across two-and-a-half seasons in Reno, which led to his transfer to Albanian top flight club FK Partizani in 2019, where he recorded six goals in 39 appearances. Brown has averaged a goal every 179.6 minutes during his career in the Championship.

“Brian is a well-rounded striker who can find the small spaces in the box and finish with a quick shot,” said FC Tulsa Head Coach Michael Nsien. “Brian can also come low and join the midfield to allow our other attacking players to use the space he creates. You can see from his time at Reno [1868 FC] that he can find goals. Goalscoring is the statistic that people always like to look at when you talk about strikers. We want Brian to have a complete season, full of goals, where he is a consistent attacking threat for our club.”