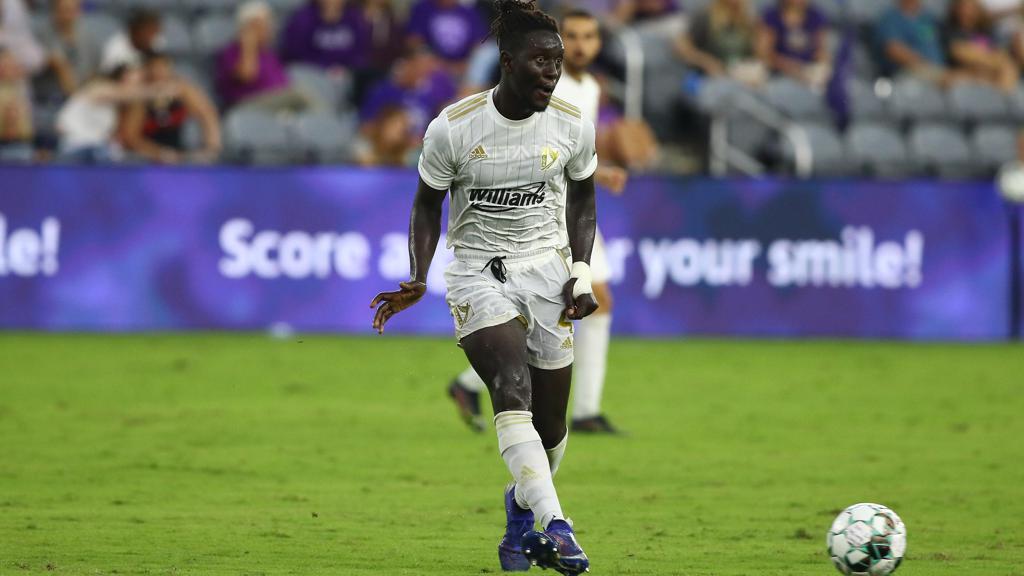 HARTFORD, Conn. – Hartford Athletic announced on Monday the club had signed defender Modou Jadama ahead of the 2022 USL Championship season. The signing is pending league and federation approval.

“In Mo, we have one of the best central defenders in the entire USL. He has been one of our top targets this off-season and I am delighted to have him as part of our team,” said Hartford Head Coach Harry Watling. “Mo shows excellent technical ability, leadership and bravery when he steps on the pitch. He will raise the standard of defending at the club.”

Jadama has played the past five seasons in the USL Championship, most recently for FC Tulsa for which last season he made 25 appearances and led the team in both clearances (82) and blocks (23) while ranking fifth in interceptions (35). The 27-year-old was in his second stint in Tulsa, having previously played for the side when it reached the USL Championship Playoffs in 2017.

After his first season in Tulsa, Jadama signed with Major League Soccer’s Portland Timbers FC ahead of the 2018 season. Jadama made his MLS debut on June 10, 2018 against Sporting Kansas City, and made a pair of appearances overall for the Timbers. Additionally, he competed on loan in the Championship for the Portland Timbers 2, where he made 42 appearances and recorded five goals and one assist.

In 2020, Jadama returned to his hometown of Atlanta, signing with Championship club Atlanta United 2. He was appointed captain and played every minute of all 16 regular season matches for ATL UTD 2, recording 65 clearances and 20 interceptions defensively. Following his second campaign this past season with Tulsa, Jadama has made 114 regular-season appearances in the Championship’s regular season for his career while posting a 65.1 tackle success rate and 58.4 duel success rate.

“Hartford Athletic feels like an excellent fit for me. I’m very excited to be part of this club,” said Jadama. “Coach Watling showed a strong interest in me from the beginning and with the plan he has for me and my teammates, I know we're going to have a very special season. I can’t wait to get started.”