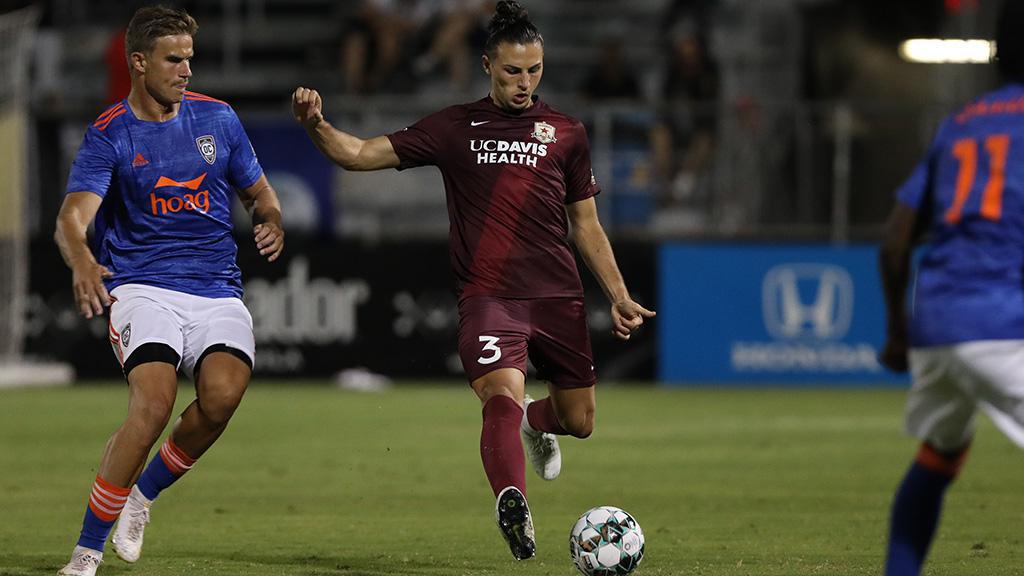 SACRAMENTO, Calif. — Sacramento Republic FC announced on Monday the club had reached an agreement with D.C. United of Major League Soccer for the transfer of defender Hayden Sargis. The transaction is pending league and federation approval.

A product of Republic FC’s academy system, Sargis has made 33 appearances for the club over the past two seasons in the USL Championship, and in 2020 was nominated as a finalist for the league’s Young Player of the Year award after helping Sacramento reach the USL Championship Playoffs as an 18-year-old.

“Hayden is a talented player, and an even better person who represents everything we are about in Sacramento. We have no doubt that he will go on to do great things in his career and will forever be a shining example of our indomitable club,” said Republic FC President and General Manager Todd Dunivant. “He is a glowing example of the top-tier talent in Northern California and further proof that our academy player pathway allows for players to reach their highest potential.”

Sargis joined Republic FC’s youth development academy in its inaugural 2015 season and became a reliable defender during his youth career, logging 109 appearances, 92 starts, and three goals in U.S. Soccer Development Academy play. Before joining Republic FC, Hayden was a standout player for East Valley Earthquakes of NorCal Premier. As one of the club’s rising talents, he initially joined Republic FC’s First Team as a USL Academy signing in 2019.

In January 2020, he signed his first professional contract with his hometown club, en route to a stellar rookie season. Sargis was named to the starting lineup for Republic FC’s season opener in 2020 – sharing the honor as first academy-developed player to start for the Boys in Old Glory Red with his academy teammate Mario Penagos – as he made 15 appearances in the abbreviated campaign and recorded 46 clearances, 15 interceptions and 57 recoveries.

Sargis became the first player from Republic FC’s academy to record 1,000 minutes of action in a season. He matched that feat this past campaign, logging more than 1,400 minutes and 16 starts. He ranked second on the squad with 62 clearances and blocked eight shots while posting a 68.8 tackle success rate.

With his transfer to D.C. United, Sargis becomes the third Republic FC academy player signed to an MLS contract.