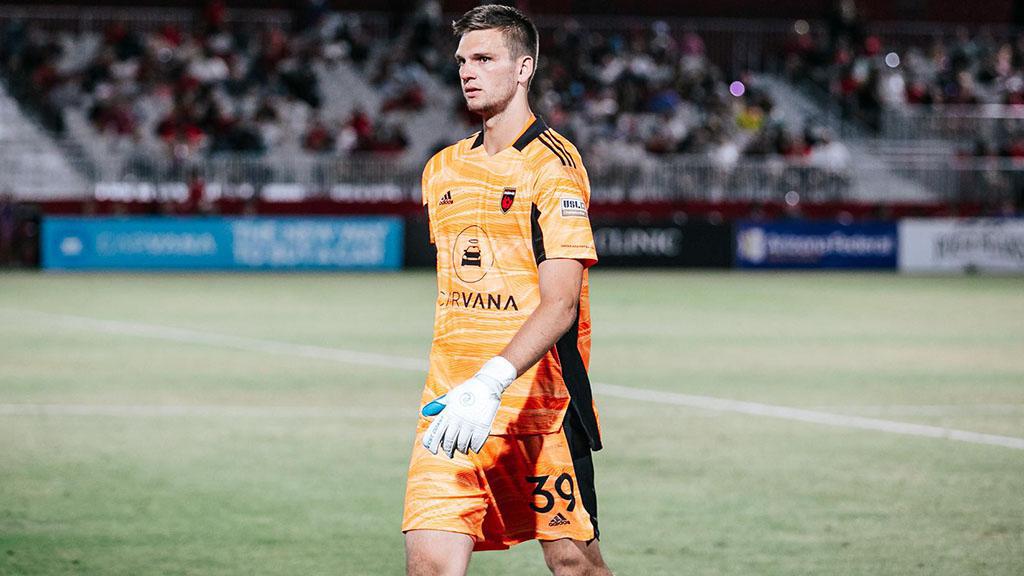 A familiar face in Phoenix, Lundt joined Rising FC on loan early in the 2021 season from Major League Soccer’s FC Cincinnati. The 26-year-old made nine appearances and recorded 23 saves and four shutouts for the club, posting a 1.11 goals-against average in 810 minutes before being recalled by Cincinnati on Aug. 27.

“Phoenix is a club I can grow along with and become a better professional,” said Lundt. “From a team perspective, I know they feel they had too long of an offseason. We have to get a trophy back to Phoenix. I’m very familiar with the club and I know exactly what’s expected of me in order to help make it happen.”

Prior to his loan stint with Phoenix last season, Lundt earned the 2020 USL Championship Goalkeeper of the Year award while competing on loan for Louisville City FC. He notched nine shutouts in 18 contests across the regular season and playoffs, recording 44 saves and a save percentage of 77.2 percent as LouCity reached the Eastern Conference Final of the 2020 USL Championship Playoffs.

Lundt has made 39 appearances in the Championship overall in his career, having also spent time on loan with LouCity during the 2019 season. In that time, he has recorded 17 shutouts, 94 saves and a cumulative goals-against average of 0.87.

Prior to his selection in the Second Round (37th overall) of the 2019 MLS SuperDraft by FC Cincinnati, Lundt had delivered a historic career at the University of Akron. He made 64 starts in three seasons for the Zips (2016-18), winning three consecutive MAC Championships. The 26-year-old was born in Berlin, Germany, beginning his career with Hertha BSC’s U-17s and U-23s.