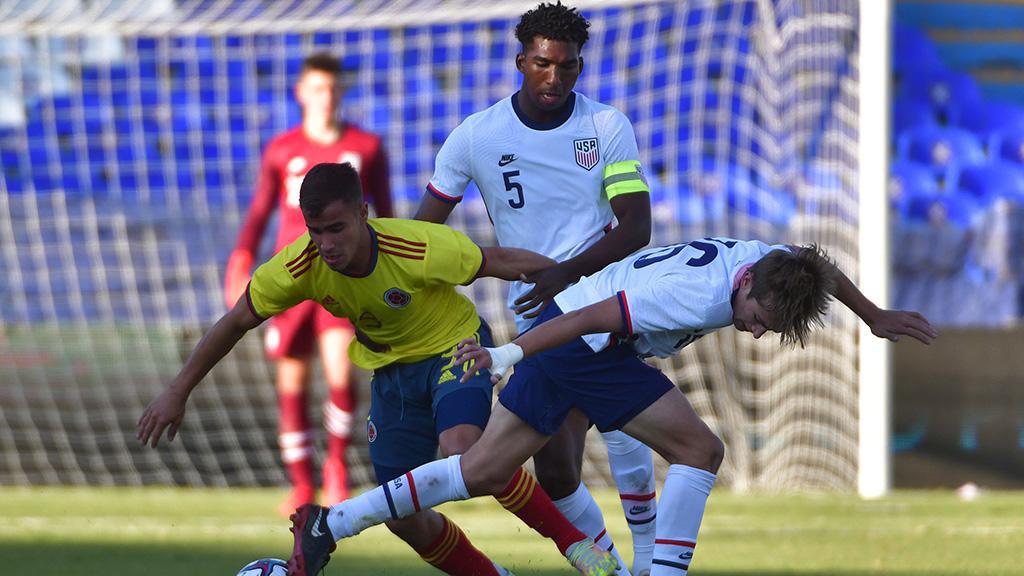 Orange County SC's Kobi Henry returns to the United States U-20 Men's National Team having competed for the side this past November at the Revelations Cup in Mexico.

CHICAGO – 2021 USL Championship All-League selection Diego Luna and 2021 Championship title winner Kobi Henry were among the players announced on Monday as part of the United States U-20 Men’s National Team squad that will convene for a training camp at IMG Academy this week. The 26-player squad named by Head Coach Mikey Varas also includes 2021 USL League One Young Player of the Year Noah Allen, who earns his first call-up of this cycle.

Luna and Henry both remain in the squad after competing last November at the Revelations Cup in Mexico, where Luna found the net against Mexico during the tournament in Guadalajara. The 18-year-old had a stellar first professional season with Locomotive FC, earning Championship All-League second Team honors while being a finalist for the league’s Young Player of the Year award after recording nine goals and five assists in 32 appearances for the side.

Henry, meanwhile, returns after being called up to the United States Men’s National Team for its exhibition against Bosnia and Herzegovina this past December. Alongside former Louisville City FC defender Jonathan Gomez, now of La Liga’s Real Sociedad, the 17-year-old became one of the first two players from the Championship to be called into the senior team in league history after making 19 appearances for Orange County on the way to the club’s first league title.

Allen joins the squad after a standout 2021 campaign for Fort Lauderdale CF in League One that saw the defender make 27 appearances for the side and recorded two assists and 26 key passes. Defensively, the 17-year-old recorded 34 tackles and 35 interceptions while posting a passing accuracy rate of 80.5 percent.

The weeklong camp opens on Monday at IMG Academy in Bradenton, Fla. as the side continues preparations for this summer’s Concacaf U-20 Championship, which will serve as qualification to the 2023 FIFA U-20 World Cup and the 2024 Summer Olympics.