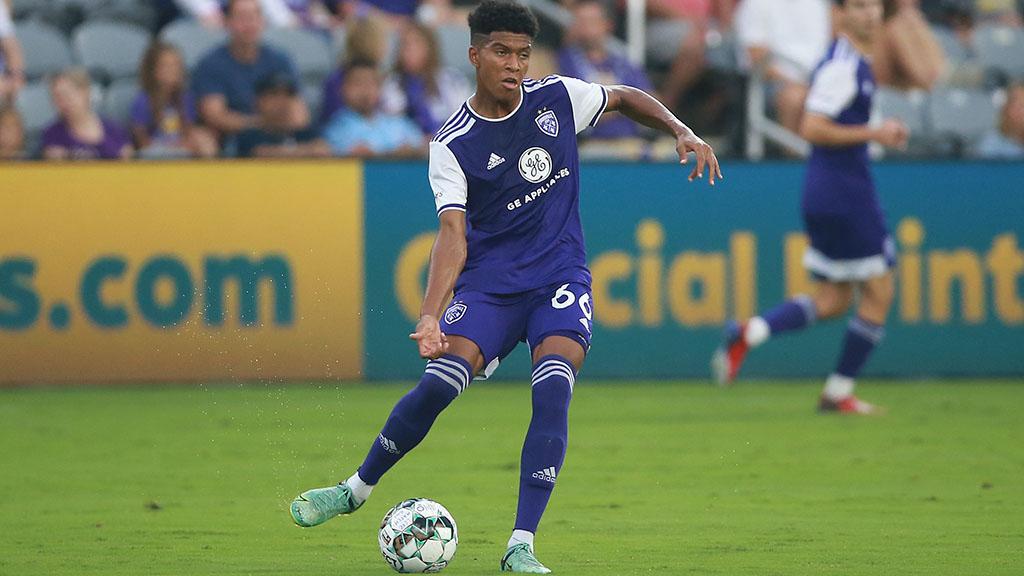 LOUISVILLE Ky. – Louisville City FC announced on Monday it had signed defender Josh Wynder to a new multi-year contract, keeping the budding pro in purple for the foreseeable future. The deal is pending league and federation approval.

A former Academy standout, Wynder signed professionally with the club last June and subsequently made his USL Championship debut last July 14 in a win against OKC Energy FC. The 16-year-old went on to number 11 appearances during his rookie campaign.

“We are excited to be able to sign Josh to a long-term contract here at Louisville City,” said LouCity Head Coach Danny Cruz. "His growth last year both as a player and person was a joy to watch every day. To be able to re-sign one of our own academy players to a new deal is a testament to the vision here for our young athletes.

“What Mario Sanchez and the academy staff did with Josh to help him get to this point is vital to the process that we have here. We are looking forward to watching Josh continue to grow and believe that with his mentality he has a very bright future ahead of him.”

A center back, Wynder originally signed a USL Academy contract with LouCity in February of 2021, giving him the opportunity to train and play with the pros while retaining his amateur status. Within weeks, Wynder was appearing in preseason friendlies against Major League Soccer clubs and pushing for selection in USL Championship games.

The Oldham County native eventually made six starts and passed at an 83.1% clip for the year.

“I’m so excited to continue my career with Louisville City,” said Wynder. “I enjoyed learning and growing as a player and person last season, and I can’t wait to get back on the field to compete for my hometown club.”

Wynder followed in the footsteps of his older brother, midfielder Elijah Wynder, in becoming LouCity’s second academy player to turn pro for the club. Since then, young midfielder Carlos Moguel Jr. and defender Owen Damm have also moved from USL Academy contracts to professional contracts with LouCity, part of a growing movement across numerous clubs within the league.