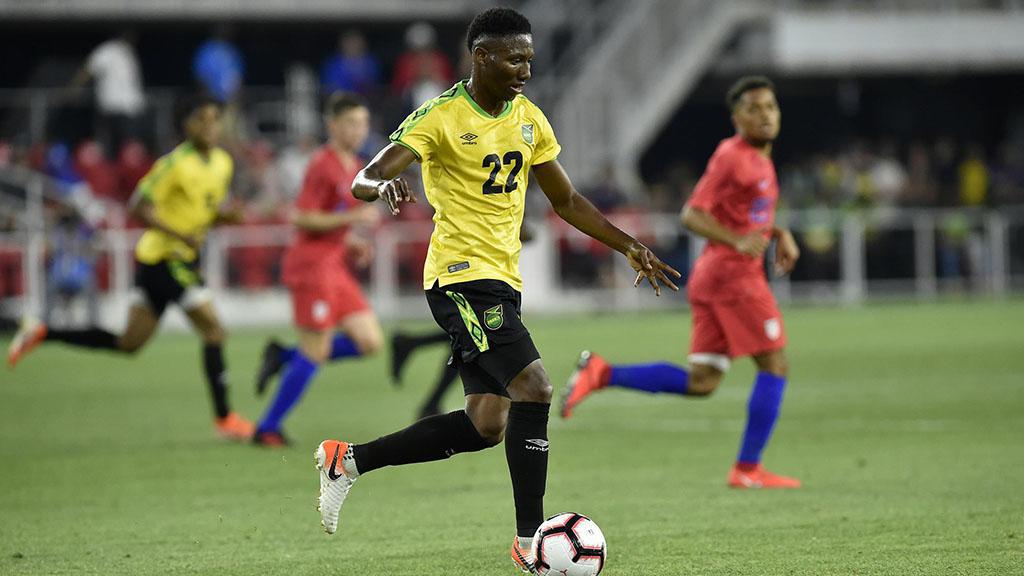 Miami FC's Speedy Williams has appeared in every game of the final stage of FIFA 2022 World Cup Qualifying for Jamaica as it enters its upcoming three contests.

Three current players from the USL Championship have been named in Jamaica’s squad for its upcoming FIFA 2022 World Cup Qualifying contests which kick off on Thursday, with Miami FC’s Speedy Williams and Lamar Walker being joined by Hartford Athletic’s Peter-Lee Vassell in the 23-player squad named by Head Coach Paul Hall.

Jamaica will face Mexico at home on Thursday night at 7 p.m. to open its three games, followed by a road contest against Panama on Sunday at 6:05 p.m. ET before returning to host Costa Rica on Wednesday, February 2 at 7 p.m. ET.

All three players started this past Thursday when the Reggae Boyz faced Peru in Lima in a warm-up exhibition, with Williams earning his 26th cap for Jamaica in the process. A three-time USL Championship title winner, the veteran midfielder has appeared in every game of the final stage of World Cup Qualifying so far and recorded an assist in the country’s 1-1 draw with the United States in November.

Vassell has made 19 appearances for Jamaica in his career, with the 23-year-old having recorded six goals in that span. Vassell is set to suit up for Hartford in the 2022 USL Championship campaign after making an offseason move from Indy Eleven and has made 26 appearances in the league’s regular season during his career so far, recording three goals and one assist.

Walker started alongside Williams in Jamaica’s draw with the United States in November and has made 11 appearances for his country overall. The 21-year-old had a strong first season in the Championship for Miami a season ago, recording six goals in 25 appearances to help the side advance to the postseason.

Also named in the squad are some notable former Championship standouts, including 2020 Golden Boot winner Junior Flemmings, who earlier this month was transferred to FC Toulouse in France’s Ligue 2 by Birmingham Legion FC. Also included in the squad are defender Damion Lowe and forward Cory Burke, both of whom featured in the Championship before moving to top-flight clubs.