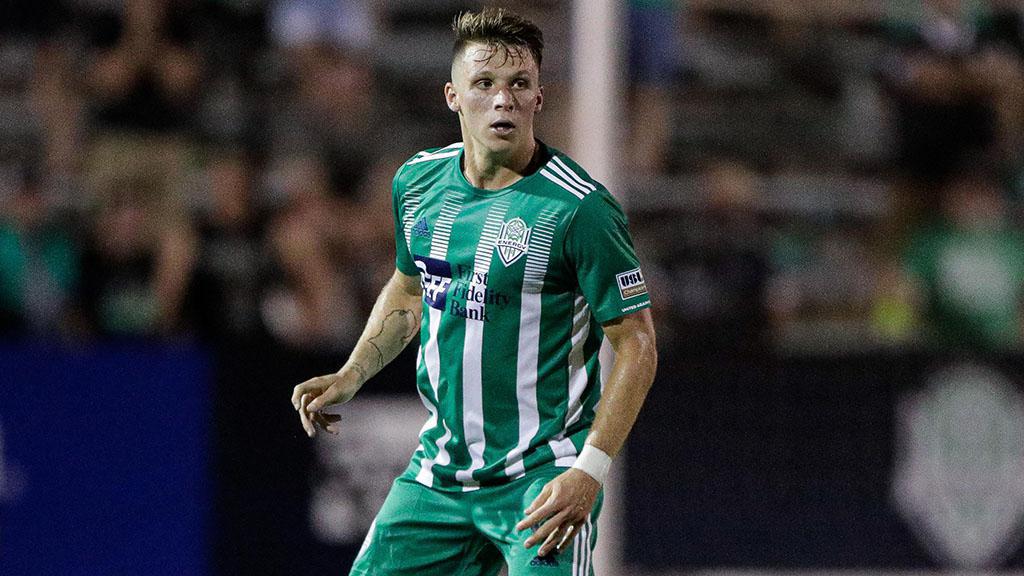 DETROIT – Detroit City FC announced on Friday the club had signed midfielder Brad Dunwell as it continues to build toward its first season in the USL Championship this spring. The signing is pending league and federation approval.

A native of Grand Rapids, Michigan, Dunwell has spent the past two seasons with fellow USL Championship club OKC Energy FC. This past campaign, the 25-year-old made 22 appearances for the side and boasted an 88.8 passing accuracy rate in midfield while notching 11 interceptions, 61 recoveries and four key passes.

Prior to joining the professional ranks, Dunwell played for four seasons at Wake Forest University, where he made 91 appearances for the Demon Deacons and recorded one goal and 14 assists. In 2018, he was named to the United Soccer Coaches All-America Second Team and the All-Atlantic Coast Conference Second Team. Dunwell also competed for the Flint City Bucks in USL League Two, making 37 appearances for the side over four seasons.

Dunwell joins a collection of familiar and new faces unveiled by Detroit City FC this week, with the club announcing the return of goalkeeper Nathan Steinwascher and the arrivals of defender Rhys Williams and midfielder Devon Amoo-Mensah to the squad.