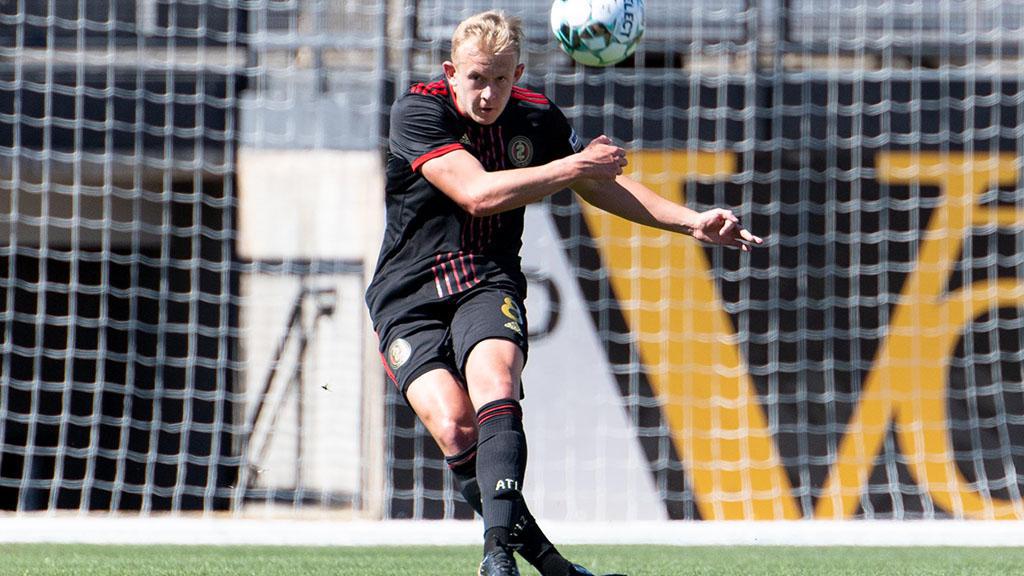 Memphis 901 FC has signed English midfielder Chris Allan, who made 18 appearances for Atlanta United 2 a season ago in his first professional campaign. | Photo courtesy Atlanta United 2

“I’m very grateful for this opportunity. It is new surroundings backed behind a great group of players and staff that I can’t wait to be a part of,” said Allan. “I’m hungry to prove what I can do personally in my second year in the league alongside what we can achieve as a group.”

The 23-year-old began his professional career last season with fellow USL Championship club Atlanta United 2, where he made 18 appearances and scored one goal in 1,442 minutes of action. Allan missed the latter half of the 2021 season due to a surgical procedure to initiate the rehabilitation process for a hip injury.

“Chris is a very good, left-footed box-to-box midfielder that can do it all,” said 901 FC Head Coach Ben Pirmann. “His range of pass is at the top of the league, and he provides a physical toughness to help us regain the ball.

“Chris was one of the top players on the Atlanta team in 2021. You can see that in the standings: his team was a playoff club before his injury yet missed sorely when he had to go out. We believe that we have a true winner with him joining us in Memphis.”

Born in South Shields, England, Allan developed his skills in the youth ranks of EFL League One side Sunderland A.F.C., for which he made 30 appearances in the U-18 Premier League and Premier League 2 between 2015 and 2018.

In 2019, Allan moved to the United States to play collegiately at the University of Charleston (W.V.) where the midfielder led the Golden Eagles to the Mountain East Conference regular season and tournament titles before claiming the 2019 NCAA Division II National Championship. Starting all 17 matches of the title-winning season, Allan scored three goals and tallied three assists and was named All-MEC First Team and the Most Outstanding Defensive Player of the NCAA Tournament.