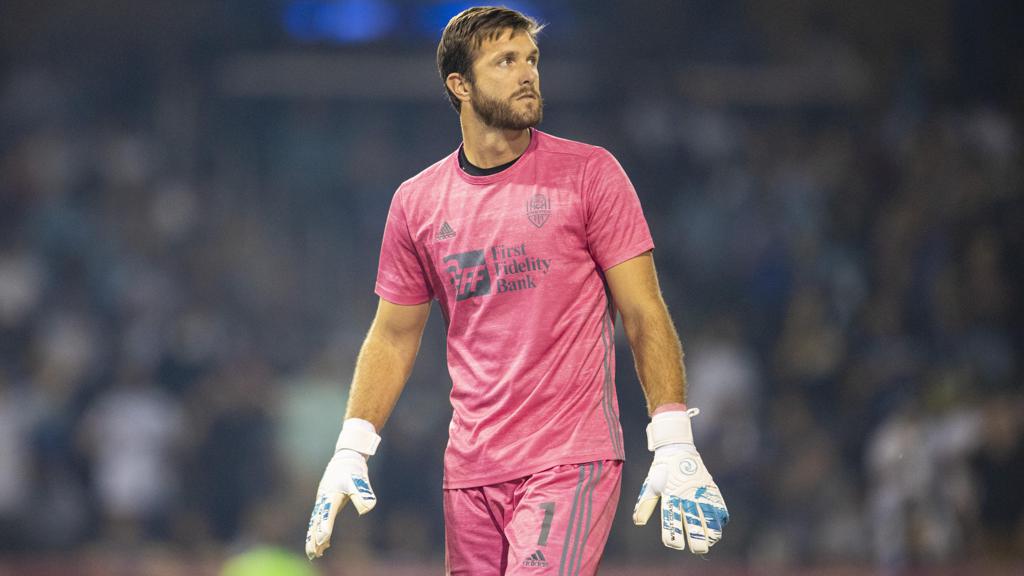 Cochran made 31 appearances for Energy FC during the 2021 Championship season, posting a 72.7 save percentage while ranking sixth in the league with 93 saves in the regular season. He also recorded nine shutouts, while placed him tied for third in the Championship during the campaign, and he sported a 1.13 goals-against average.

“Goalkeeper is a position where the older you get, the better you get because a lot of it is about decision making,” said Rowdies Head Coach Neill Collins. “CJ’s got over 100 appearances, which was important to us considering we have a young keeper with huge potential in Raiko. So, we have a nice balance there now with CJ. He brings a very good presence. He’s good at coming for crosses and balls in the box. I think we’ve shown if we deal with that well, we can be successful on the defensive side of the game.”

A native of Georgia, Cochran stayed close to home for his college career, playing four standout seasons for Georgia State University's men’s program. He remained in Georgia after graduation to make his professional debut with the Atlanta Silverbacks in 2015.

Following his lone season in Atlanta, Cochran joined Energy FC for the first time, and made 14 appearances over two seasons for the club. In 2018, Cochran signed with then-Championship club Nashville SC and spent most of the season on loan to Fresno FC, combining to make eight appearances across the season. He then signed for Fresno in 2019 and became a regular starter for the first time in his career, playing in every minute of the campaign as the Foxes reached the USL Championship Playoffs.

“CJ is an unbelievable guy that comes with the best recommendations from people we respect like Matt Pickens and Gary Smith at Nashville,” said Collins. “When you look at the players we’ve lost in Max Lachowecki, Zach Steinberger, and Jordan Doherty – these guys were really influential characters in the locker room. Now we’ve got someone who will come in and have a good influence. You can never really quantify how important character is. By all accounts, CJ is a really great guy that everyone respects. I’m excited to be working with him.”