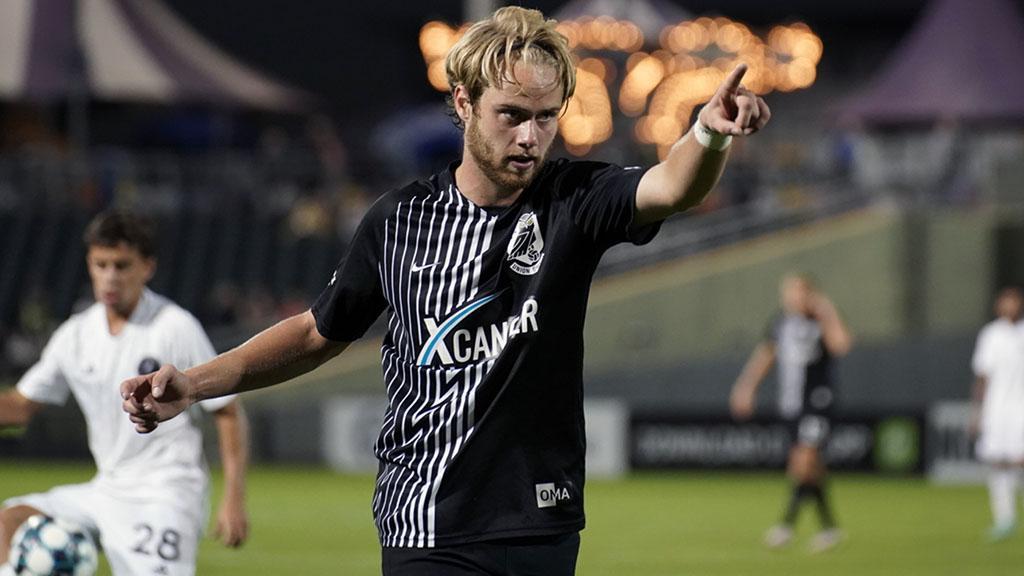 MEMPHIS, Tenn. – Memphis 901 FC announced on Thursday the club had signed announced the signing of midfielder Devin Boyce and defender Patrick Seagrist as it continues preparations for the 2022 USL Championship season. The signings are pending league and federation approval.

In two seasons with Union Omaha, Boyce racked up 45 appearances, six goals and 11 assists and this past season played a key role in helping Los Buhos claim the USL League One title. Boyce was named to the USL League One All-League Second Team for his performance in the 2021 campaign and departs Omaha as the club’s all-time leader in appearances and assists.

“I couldn’t be more excited to get started in Memphis,” said Boyce. “I saw the support that the city showed for the team last year and I knew right away that it would be a good fit. I look forward to building a successful season with this group and giving Memphis something to cheer about.”

A native of St. Louis, Missouri, Boyce initially played collegiately at the University of New Mexico where he made 39 appearances for the Lobos between 2016 and 2017 before transferring back home to play for Saint Louis University in 2018. At SLU, Boyce scored nine goals and recorded seven assists and was named to the All-Atlantic 10 Conference First Team in his junior year, and Second Team in his senior year.

“Devin was an All-League selection for Omaha in League One last season and guided his team to the title,” said 901 FC Head Coach Ben Pirmann. “His winning pedigree and energy will help us in every phase of the game. He works his socks off each and every match, providing goals and assists while constantly pressing his opponent defensively.”

Seagrist joins 901 FC having most recently spent the 2021 season in the Championship with Indy Eleven, on loan from Major League Soccer’s Inter Miami CF. Seagrist made 29 appearances for Indy over the campaign and made 31 interceptions, 85 recoveries and 28 tackles won for the side. Selected by the New York Red Bulls with the 10th overall selection in the 2020 Major League Soccer SuperDraft, Seagrist made three appearances for the MLS side before signing with Inter Miami CF.

“Patrick is a very athletic and aggressive left back that can get up and down effortlessly,” said Pirmann. “We identified him very early as a key signing and are thrilled he has chosen to be with us for 2022. Patrick’s ability to get into the attack with well-timed runs and excellent technique will fit perfectly into our structure. We anticipate Patrick to be a massive part of our successes in 2022.”

Prior to being drafted by the Red Bulls, Seagrist was a four-year letter winner at Marquette where the defender started 63 of 65 appearances and recorded six goals and 16 assists. Seagrist was named to the Big East All-Conference First Team his junior and senior year.

“I am beyond excited to be joining the 901 and representing the city of Memphis,” said Seagrist. “To play for a team that shows both togetherness and grit suits me as a player in my position and I can’t wait to meet the guys and build off a successful 2021 campaign.”