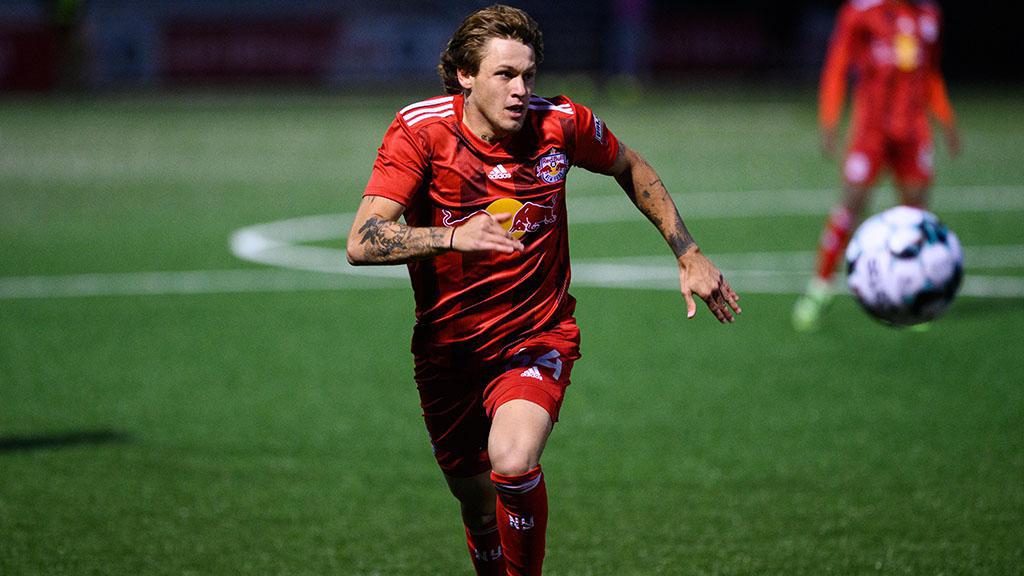 “Jake is someone we highlighted early on,” said Rowdies Head Coach Neill Collins. “Thankfully, we were fortunate New York allowed him to come here and continue his development to get to that next step up to MLS, which is great.”

LaCava celebrated his 21st birthday this month and already has two seasons of professional soccer in the USL Championship with the New York Red Bulls II. In two seasons, LaCava bagged 11 goals in 46 appearances. A native of New Jersey, LaCava spent two years developing at Barça Academy before moving on to LA Galaxy’s academy and then eventually the New York Red Bulls academy.

LaCava’s contract with New York Red Bulls II in the USL Championship ended at the conclusion of the 2021 season, but the young attacker’s performance and growth as a player over the last two seasons saw the organization sign him this offseason to an MLS deal. For Collins, LaCava’s fitness and work ethic on both sides of the ball made the young players an appealing addition.

“Jake has the attributes we like in a number 10,” said Collins. “The thing that always comes to people’s minds when it comes to a number 10 is what they bring on the ball, and he brings a lot on the ball. He’s direct, he can shoot from distance, he can go by players, he’s strong, he’s quick. He’s really exciting to watch. But then the next bit is, to play on our team you need to bring something against the ball, and he definitely brings that. He really works hard. He can get around the field and he’s not gonna have a problem playing in our stadium on our field because he’s a fit player. He brings both sides to it. We’re so excited to have him.”