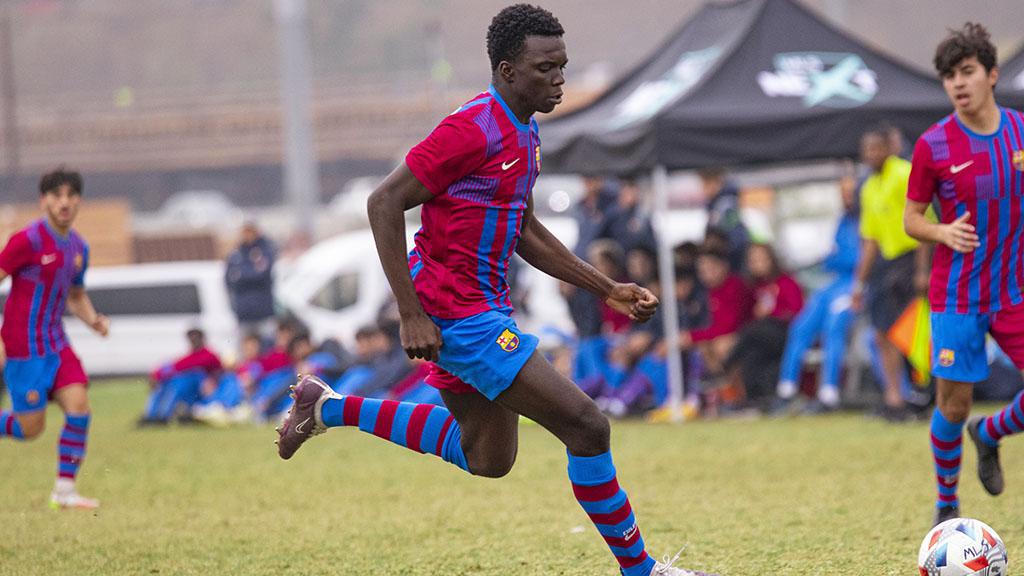 “I'm very thankful for the opportunity of joining this successful club,” Osundina said. “I’m looking forward to giving my all in contributing to the squad as well as furthering my development as a young professional soccer player.”

Osundina spent the previous two years training, living and competing at Barça’s top and only international residential academy located in Casa Grande, Arizona. During that time, he played for the club’s U19 MLS Next team that advanced to the Round of 16 in the 2021 MLS Next Cup after entering the tournament as the undefeated No.1 seed. At the 2021 MLS Next Fest Showcase, Osundina represented his club at the MLS Next West squad in the U17/U19 Best of Match.

“We are very excited to add Korede, a top U.S. soccer prospect to our roster,” said Orange County SC President of Soccer Operations Oliver Wyss. “Korede’s pure talent is off the charts, but he also possesses a remarkable maturity for his age. Korede will continue to maximize his development in our proven professional environment, and we know for a fact that he has a very bright future ahead of him.”

According to TopDrawerSoccer.com’s rankings, Osundina slotted in as the No.7 prospect in the Rocky Mountains and Southwest Regional classification, No.11 for forwards and No.66 overall in the IMG Academy 150. In addition, Barça’s U19 MLS Next team has enjoyed a top-two position in TopDrawerSoccer.com’s Club Soccer Team rankings over the past three months. Osundina is the latest prospect to join the professional ranks from the Barcelona Residency Academy USA, with El Paso Locomotive FC’s Diego Luna last year earning nomination as a finalist for the Championship’s Young Player of the Year award and to the Championship All-League Second Team.

“I am really excited to welcome Korede to the team,” said OCSC Head Coach Richard Chaplow. “He is an exciting young forward with lots of potential and growth in front of him. We look forward to watching him develop with us and to provide him with a platform to showcase his talent”

Prior to transferring to Barça Residency Academy, Osundina played for Crossfire Premier Soccer Club based in Redmond, Washington. He played for the club from his U10 days and worked his way up through the club’s U.S. Soccer Development Academy teams.  At the time, the club was affiliated with Italian giants AS Roma.