Brandon Miller Looks to Forge New Paths for Himself, Others 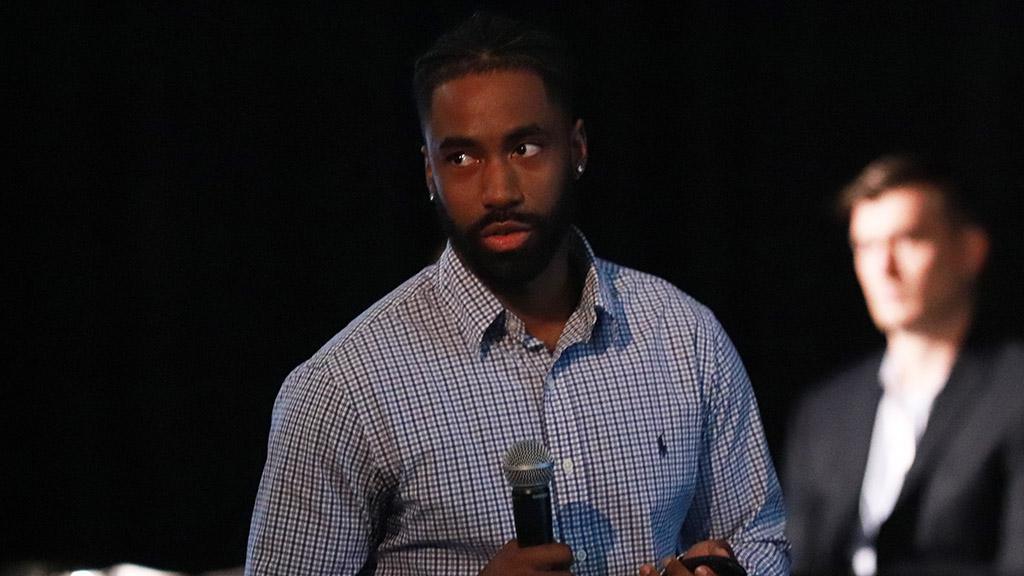 TAMPA, Fla. – If there’s a story that sums up Brandon Miller’s career on the field in the USL Championship, it’s one that didn’t involve a game at all.

Part of the Rochester Rhinos’ squad in the 2014 season, Miller had made only five regular season appearances in his first two seasons at the club, and was serving as a back-up to John McCarthy, who would go on to earn Goalkeeper of the Year honors at the end of the campaign.

Despite that, Miller’s application to his craft shone, and was noticeable to one of the top coaches in the Championship’s history.

“One day after practice, Coach Bob Lilley brought the group together and he specifically pointed me out,” said Miller recently “At that time I was the third-string goalkeeper, I wasn’t playing, I wasn’t getting in games, I wasn’t getting in the gameday roster, and he just pointed out the commitment and dedication to showing up every day and competing. I think that’s what’s defined my career, regardless of what’s happening.

“The very next year, I was Goalkeeper of the Year.”

Miller’s dedication was symbolic of the approach he took to his career on the field, and elsewhere. As he retired this past December, he ranked second in the Championship with 43 regular-season shutouts, posted more than 400 saves, won a league title with the Rhinos in the 2015 campaign, and was twice a Championship All-League selection. He – along with former Charlotte Independence teammate Hugh Roberts – was instrumental in the formation of the USL Black Players Alliance in 2020 and has been at the forefront of the organization’s collaboration with the United Soccer League on new initiatives aimed at increasing awareness and diversity across both the league and its clubs. 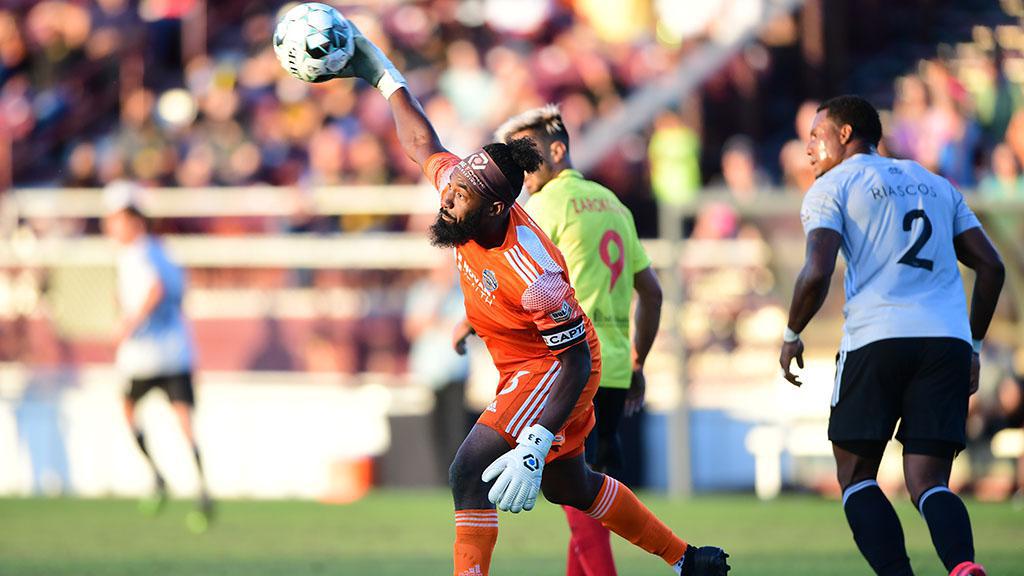 Brandon Miller ranked second all-time in the USL Championship with 43 regular season shutouts, and was voted its Goalkeeper of the Year in 2015 as part of a standout on-field career. | Photo courtesy Charleston Battery

At the same time, Miller has also been building his own business - Prime Focus Goalkeeping, specializing in high-performance goalkeeping gloves and apparel - positioning himself for a future he knew was waiting for him when he decided 2021 would be his final season as a player.

“I’ve always had interest in business in the sport of soccer and the business side of sports as well,” said Miller. “I kind of knew in the back of my head it was something I was going to consider, and I kind of made the decision about halfway through the season – even before I got injured – that it was time for me to start to transition off the field.

“I felt like I could make a bigger impact there. I think just waking up every morning and realizing there’s so many things I want to get done outside of practice, it just made me realize I love this sport, but there’s more for me.”

Miller’s aim is to make that impact as part of the business side of the game. That’s in some ways a departure for players transitioning out of the playing side of the game, where the stereotype that a player will eventually turn into a coach still reigns. While coaching has become an obvious career path for numerous former players – in 2022, seven former USL Championship players will serve as Head Coaches in the league – for others it’s not the direction they’re aiming for in their post-playing career.

“I announced my retirement and what I get is, ‘hey, are you going into coaching? Are you going to continue working with goalkeepers?’, stuff like that,” said Miller. “I’ve been running a business for five years now. My business isn’t one of the largest businesses in the world, we’re not a Fortune 500 company, but we’ve increased revenue 33 percent year-over-year for the past five years. I understand the business world, I’m not just a soccer player, and there are so many players like that, in our league, in MLS, and around the world who do other things outside of sport and have other talents.”

While Miller has been building his business, Roberts has sought an avenue through podcasting and bringing interesting and notable stories to life through his Back Yard Footy brand. Two key panel discussions in 2020 surrounding the Black Lives Matter movement helped bring about the initiative to launch the USL BPA, and Roberts is now preparing for a new series of show this year.

The defender – who recently passed 200 regular season appearances in the Championship for his career – believes the talents and visibility players bring to their clubs can and should be used as an asset. The personalities players bring has the potential to retain connections to local communities, which in turns can attract more young people to the game. 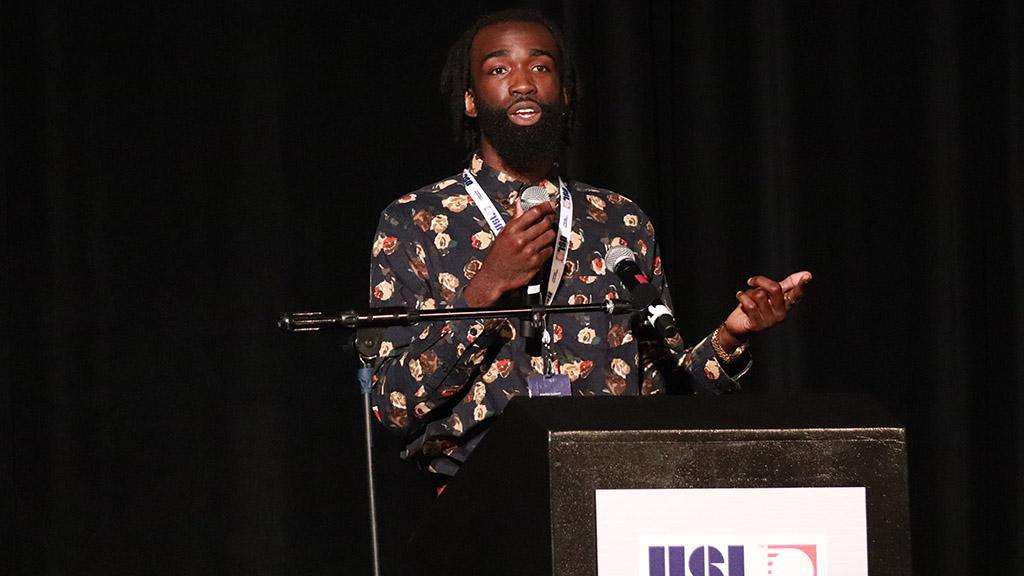 “I think it’s important that clubs tell players they have other outlets besides coaching,” said Roberts. “There’s always a struggle with clubs creating more than just coaching opportunity. Clubs have to be more up-front with players, letting us know we have these skills and assets for you, if you continue your trajectory within the club, we can give you [opportunities] and teach you skills beyond what you can do on the field.”

That, more than anything, remains a challenge for players as they prepare for their post-playing careers. As the USL and its clubs look to diversify their front offices and executive staffs, Miller and Roberts hope that their work with the USL BPA and Anti-Racist Soccer Club will help accelerate that change. At this past December’s USL Winter Summit, leadership from Anti-Racist Soccer Club – which also included former professional player Kaiya McCullough, AFC Ann Arbor Chairperson Bilal Saeed, and Dr. Anthony Weems of the Sporting Justice Collective – spoke to a large group of league and club executives and staff as part of a panel on building better practices within clubs and organizations.

For both players, their presence as speakers at the event less than 18 months after the formation of the USL BPA was one that offered hope for change down the line, but also offered a reminder of how much there is to be done to change cultures and hiring practices within professional soccer in the United States. 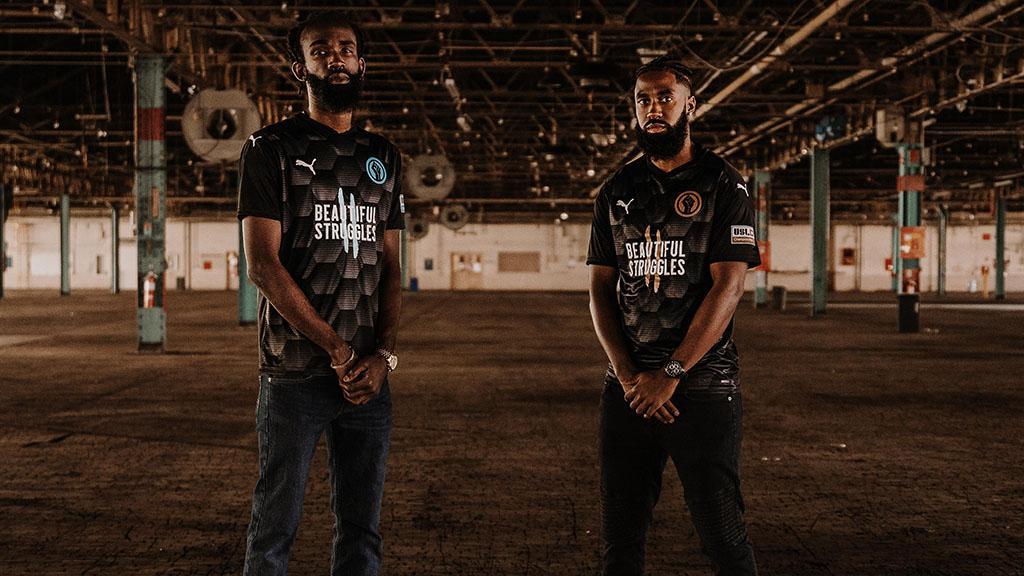 Led by co-founders Hugh Roberts and Brandon Miller, the USL Black Players Alliance continues to work with the league on initiatives that will open new pathways for players and front office staff across the Championship and League One. | Photo courtesy Uni

“I think we have to address how we got there, and we first have to address what is the culture that we’ve built that has gotten us to this point?” said Miller. “If we’re not willing to look at ourselves and say my bias has led to a lack of diversity within my organization, then we’re not going to be able to change that thought process.”

Initiatives such as New Mexico United’s Diversity Fellowship and the United Soccer League's partnership with Bellevue University should help more players transition from the field to the front office. Their perspectives - like those of Miller and Roberts - can then add value across the USL ecosystem.

“I have a marketing degree, I’m going back to school to get my MBA in Business Entrepreneurship, I have other skills in a business setting, so I think it’s simply having those conversations with people instead of assuming he’s a soccer player, so next up he’s going to be a soccer coach,” said Miller. “I think the responsibility is from a league level – and I think we’re starting to address that – and then from a club level, giving guys opportunities to explore other areas while they are playing.

“There are so many diverse candidates within our sport, within our league, within sports in general that have the ability to do the job. They just need the opportunity.”