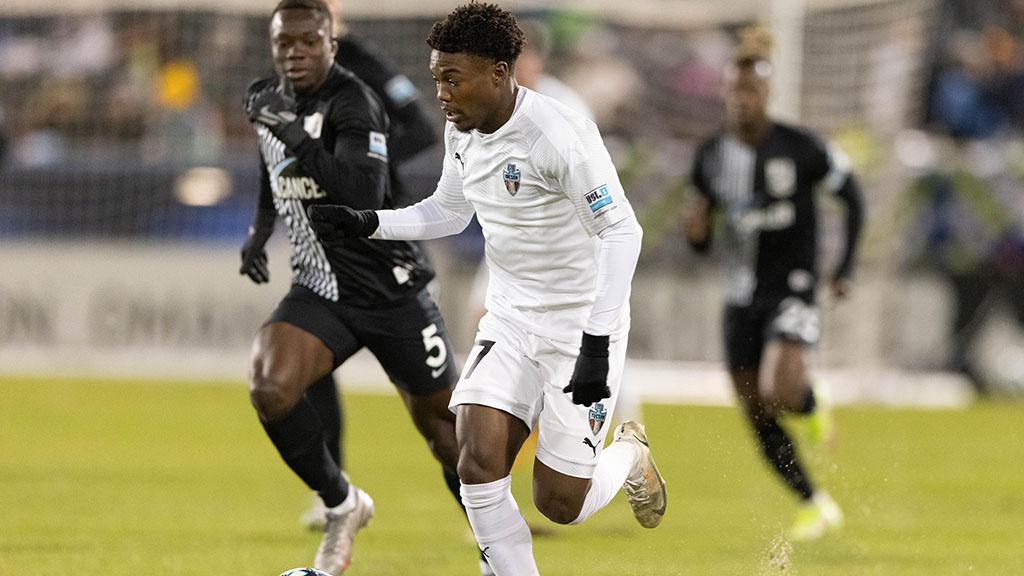 CHARLESTON, S.C. – The Charleston Battery announced on Thursday the club had signed forward Shak Adams ahead of the 2022 season, pending league and federation approval.

The 23-year-old joins the Black and Yellow following a productive two-year stint with USL League One side FC Tucson, where he appeared in 40 matches and recorded 12 goals, four assists and 32 chances created. Adams joins former Greenville Triumph SC midfielder Andrew Booth as new arrivals with the Battery this offseason making the move up from League One to the Championship.

“It’s an amazing feeling to be able to play in a wonderful city and join a great team like Charleston,” said Adams. “I’m looking forward to meeting and learning from all my new coaches and teammates to become a better player. I am ready for this new challenge in my career in the USL Championship.”

Adams helped lead Tucson to its first trip to the League One Playoffs this past season as the side finished fourth in the league standings before defeating the Richmond Kickers 1-0 in the quarterfinals. The club’s run came to an end in the following round against eventual champion Union Omaha. A native of Nashville, Tennessee, Adams recorded eight goals in the campaign to finish tied for 10th in the league.

“We’re expecting him to be a dominant force on that right-hand side,” said Battery Head Coach Conor Casey. “He has all the tools; speed, good at one-on-one’s, creates and finishes chances. He’s very direct and is eager to take people on with his athleticism, those are some things you can’t teach.”

Prior to signing with Tucson, Adams was selected 54th overall by hometown club Nashville SC in the 2020 Major League Soccer SuperDraft. He had previously played collegiately at Florida Gulf Coast University, where he earned All-Atlantic Sun Conference First Team honors after his sophomore, junior and senior years. Adams left his mark on the Eagles’ record book, becoming the all-time leader in assists (16) and tying for most game-winning goals (8). He also tallied the second-most goals in school history with 23.

During college, Adams also played in USL League Two with Nashville SC U23 and Sounders FC U-23.

“There’s no better feeling knowing I get to link back up with my former teammate, Preston, and being able to get the best out of each other, week in and out,” said Adams. “Battery fans, I can’t wait to bring you even more excitement and joy watching us take on any challenge we face together.”