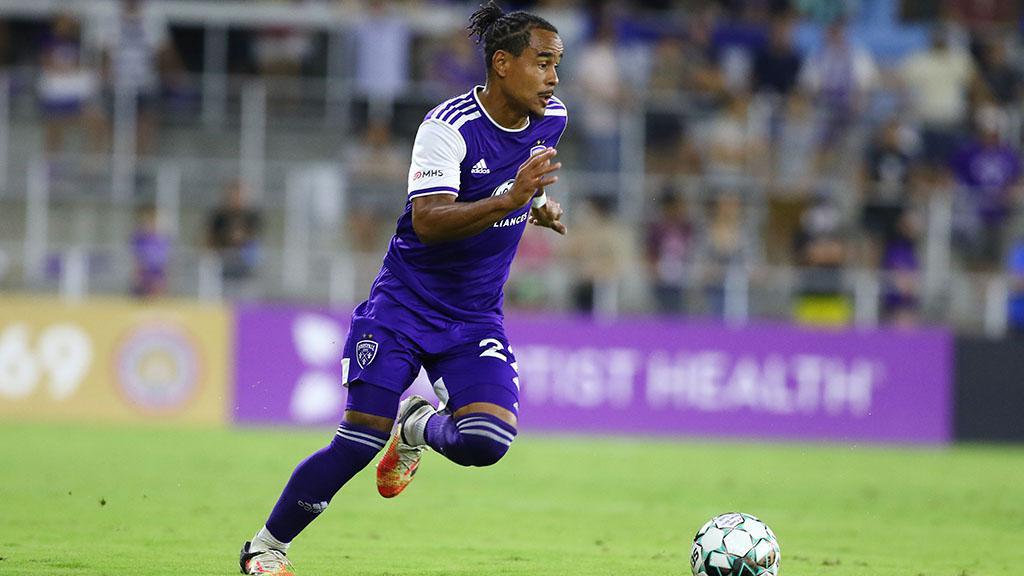 LOUISVILLE, Ky. – The USL Championship’s all-time leader in appearances has called it a career.

Louisville City FC forward George Davis IV announced on Thursday his retirement from the professional game, closed out one of the Championship’s most highly decorated careers after 11 seasons.

Davis, who spent his final six seasons with LouCity, helped the boys in purple raise five trophies — three Eastern Conference crowns from 2017-2019 and back-to-back USL Championship titles in 2017 and 2018.

“I will always be a part of this organization, whether it's as a fan or a staff member,” he said Davis. “I look forward to what the future holds for Louisville City and Soccer Holdings. I can't thank the club enough and all the people involved throughout the years.

“The USL has given me and a lot of other players the opportunity to play the game professionally, and I look forward to the growth and the opportunities that they will continue to give players like myself.”

A Lima, Ohio, native, Davis played collegiately at Bowling Green State and the University of Kentucky before embarking on an 11-year professional career. His stops leading up to LouCity included the Dayton Dutch Lions, Orange County SC, Orlando City SC and the Richmond Kickers.

“George is someone I have enormous respect for after getting to know him over the years,” said former LouCity Head Coach and current interim president James O’Connor. “He’s been a phenomenal servant for our whole organization, representing the club with class on and off the pitch. We wish him every success in retirement.”

A high-impact player on and off the field, Davis was LouCity’s third-leading scorer in 2017, netting seven goals in 30 appearances. He added eight more goals in 2018, and was one of the three players appointed to the triumvirate of midseason player-coaches on the way to the club adding a second star above its crest.

Davis also served a dual role in his final season, working as LouCity’s team administrator throughout 2021 while appearing in nine games.

“I’m extremely thankful for everything that George has given to Louisville City,” said LouCity Head Coach Danny Cruz. “It cannot go understated the positive impact that George has had in the locker room, on the field and, also importantly, in the community. He served as mentor to a lot of the young players that you see coming through our club and has done an excellent job of helping them understand what it means to play here.

“While I know that his time on the field has come to an end, there is no doubt in my mind that he will continue to succeed moving forward.”