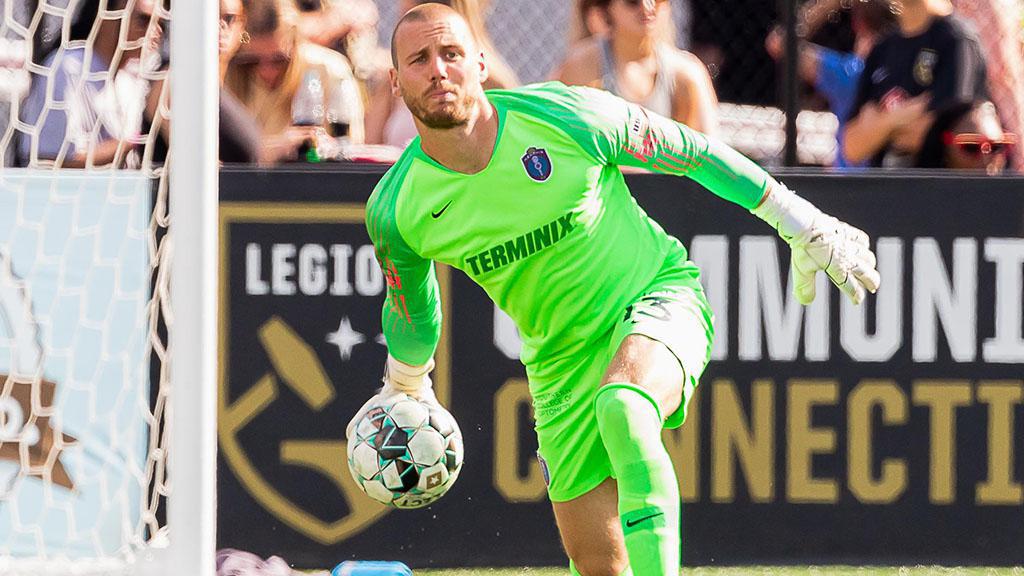 MEMPHIS, Tenn. – Memphis 901 FC announced on Wednesday the club had re-signed veteran goalkeeper John Berner, retaining its opening day starter from the 2021 season as he makes his comeback from a serious early-season injury. The transaction is pending league and federation approval.

Berner began the 2021 campaign as the starting goalkeeper with Memphis before suffering a ruptured right Achilles in June. Berner had played every minute of the season up until his injury and claimed two clean sheets in six appearances. At the time of his injury, the St. Louis-native sat at third in the USL Championship rankings in saves and is now third in Memphis 901 FC history with 27 saves in a single season. Berner holds the club record for most saves in a single match with his nine-save outing at Birmingham Legion on May 15.

“John is one of the most selfless and hard-working individuals in all of USL,” said 901 FC Head Coach Ben Pirmann. “Despite a tough injury sustained in 2021, JB was still a massive part of the unprecedented season that we had. He will be back stronger and better than ever for 2022 as we continue to improve in every facet.”

Berner underwent successful surgery in the summer of 2021 and is anticipated to be back on the field for preseason training in February.

“Thrilled to be back with 901. Thanks to the front office and Ben for believing in me,” said Berner. “It was a tough season watching from the sideline, but I can’t wait to make my comeback and continue the momentum we built from last year. Proud to be able to continue to defend Memphis.”

Selected by the Colorado Rapids as the 35th pick in the 2014 Major League Soccer SuperDraft, Berner made five appearances for the club before joining the USL Championship’s Charlotte Independence on loan. With Charlotte, he made 38 appearances and kept 12 clean sheets over the 2015 and 2016 seasons.

Prior to his professional career, Berner played at Southern Illinois University Edwardsville where he made 34 appearances over four seasons, had 10 clean sheets and kept a save percentage of 75 percent. He was named back-to-back Missouri Valley Conference Goalkeeper of the Year in 2012 and 2013.