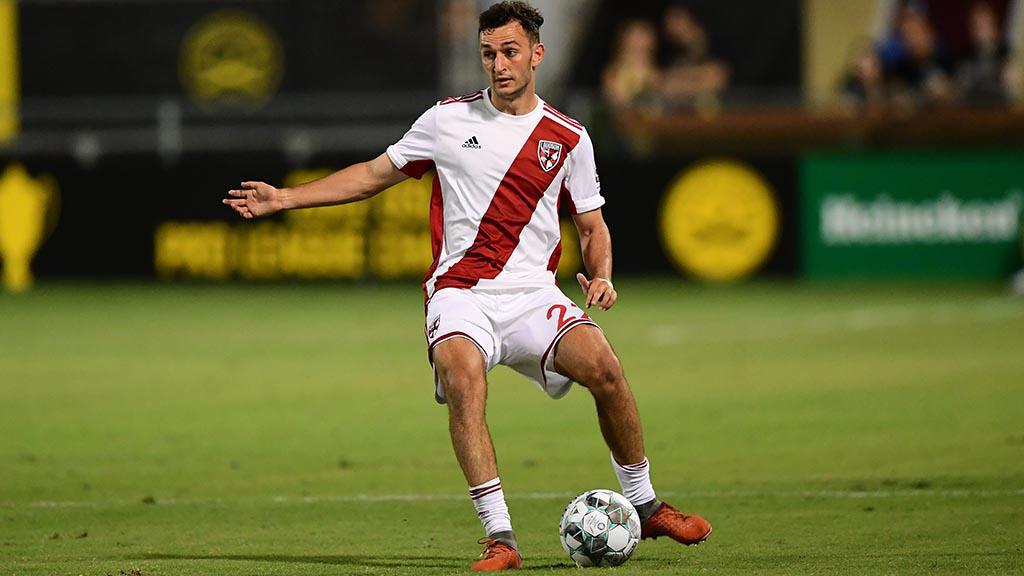 PITTSBURGH – Pittsburgh Riverhounds SC announced on Wednesday the club had signed defender Robby Dambrot to a one-year contract with a club option for 2023. The deal is pending league and federation approval.

Dambrot spent the past three seasons in the USL Championship with Loudoun United FC. He moved into a full-time starting role in 2021 with 27 appearances, and he was one of just five players to log more than 2,000 minutes last year for the Hounds’ divisional foe.

A 6-foot-2 defender and native of Akron, Ohio, Dambrot signed his first pro deal with Loudoun midway through the 2019 season after finishing his college career at the University of Pittsburgh.

“We are excited to get Robby back to Pittsburgh with his ties to the area,” said Hounds Head Coach Bob Lilley. “He is a left-sided defender who can get forward with pace and quality, and he has the size and ability to defend in our system.”

Dambrot began his college career at Akron, where he was part of the Zips’ 2015 team that reached the NCAA College Cup Semifinals, before making the move to Pitt as a graduate transfer in 2017. He finished his career with the Panthers in 2018 and helped the team to its first win in an ACC Tournament game after taking a medical redshirt the prior season.

Dambrot also has family ties in the Pittsburgh area; his father, Keith, is the head basketball coach at Duquesne University.

With the Hounds, Dambrot adds to an experienced back line that features returning players Mekeil Williams, Jelani Peters, Dani Rovira and Shane Wiedt, as well as newcomer Jesse Williams, as they prepare to begin preseason on Jan. 31.