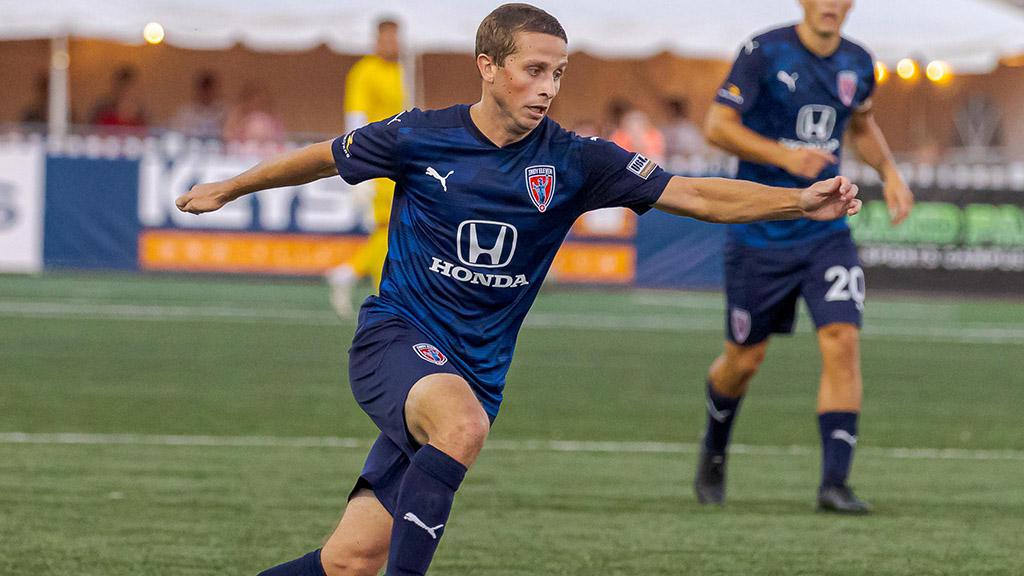 Defender Rece Buckmaster is set for a second stint with Memphis 901 FC after signing with the club for the 2022 USL Championship season. | Photo courtesy Trevor Ruszkowski / Indy Eleven

MEMPHIS, Tenn. – Memphis 901 FC announced on Tuesday the club had signed defender Rece Buckmaster, bringing the former Indy Eleven and New York Red Bulls player back to the club for a second stint. The signing is pending league and federation approval.

“I’m really excited to get down there and meet the guys and coaches and get to work.” said Buckmaster. “Big things this year and I’m super excited to get started.”

After playing every minute for Memphis following his signing in the shortened 2020 season, Buckmaster represented his native Indiana with fellow Championship club Indy Eleven in 2021. Buckmaster made 23 appearances in the Circle City last season.

“Rece played every minute for us in 2020 and is back to be even better in 2022,” said 901 FC Head Coach Ben Pirmann. “He is one of the best lock-down defenders in all of USL and will provide strength and toughness moving us forward.

“Rece has the ability to be a standout performer in USL and we believe he can take his game to another level here in Memphis. He is also a high-character person that will lead his teammates on and off the pitch.”