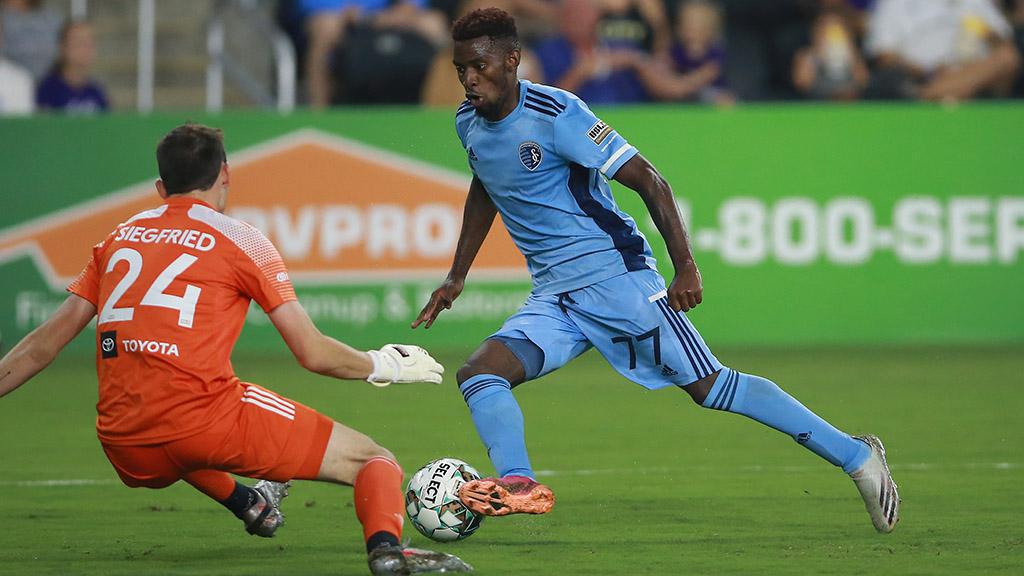 LOUISVILLE, Ky. – Louisville City FC announced on Tuesday it had signed forward Enoch “Matiti” Mushagalusa ahead of the 2022 USL Championship season, bringing aboard the Congolese player after a stellar past campaign with Sporting Kansas City II. The signing is pending league and federation approval.

Mushagalusa recorded eight goals and four assists and ranked among his former club’s top chance creators in his second professional campaign. The 22-year-old was also the only player to appear in – and start – all 32 of Sporting KC II’s games in 2021 after making eight appearances as a rookie in 2020.

“We’ve seen firsthand Matiti’s abilities the last couple of years,” said LouCity Head Coach Danny Cruz. “We are getting a player that is extremely dangerous in the final third, relentless in his ability to attack the opponent and has proven that he can be a threat in this league.

“After talking with Matiti, it was clear to us that we are bringing in another player that we know will fit the culture and has the drive to want to succeed. We are looking forward to getting him here and integrated with the group.”

Born in the Democratic Republic of Congo, Mushagalusa was raised in Denver, where he came up through the Colorado Rapids’ academy program. Mushagalusa notched 53 goals across 85 U.S. Soccer Development Academy appearances from his U-15 through U-19 seasons before receiving a trial with the Rapids’ Major League Soccer side.

With an option to play at NCAA Division I South Carolina, Mushagalusa instead went on to sign with Sporting KC II ahead of the 2020 USL Championship season and begin his pro career. His driving style saw him this past season rank fourth in the league with 66 completed dribbles while also recording 36 chances created.

“Whenever I watch Brian Ownby play with the freedom he has and the talent, I think that fits my style,” Mushagalusa said of joining LouCity. “The club has top players, a top coach, and I’m looking forward to playing in front of the fans.

“I want to come in and make an impact. To think that I could be on the left flank, Ownby on the right and Cameron Lancaster in the middle, that’s one crazy attack.”