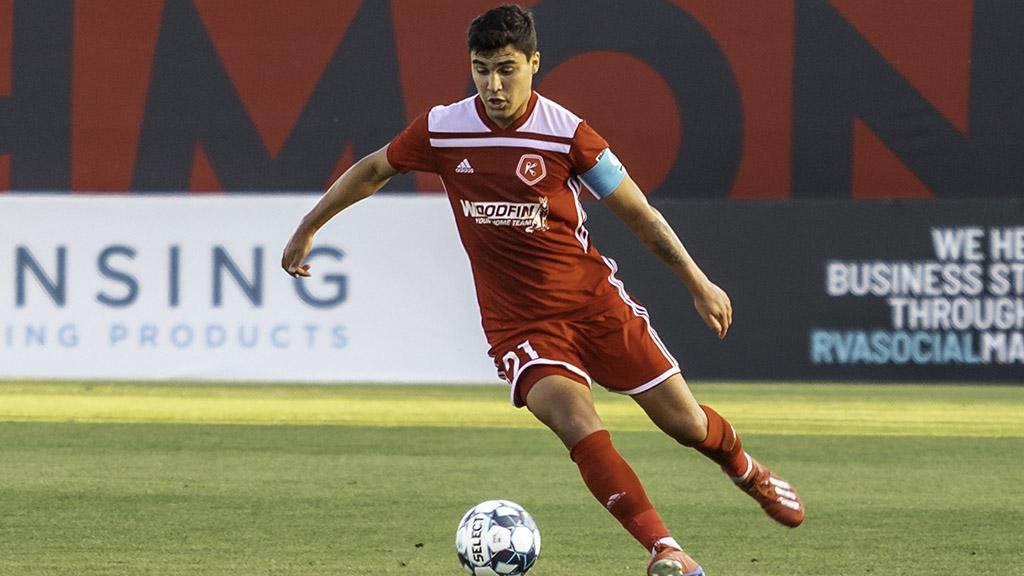 Detroit City FC midfielder Maxi Rodriguez is set to return to the club for the 2022 season, having previously played in both the USL Championship and League One earlier in his career. | Photo courtesy Jessica Stone Hendricks / Richmond Kickers

DETROIT – Detroit City FC announced on Friday the club had re-signed midfielder Maxi Rodriguez as it makes the move to the USL Championship for the 2022 season. The signing is pending league and federation approval.

Rodriguez returns to the City midfield for his second season in Le Rouge. Rodriguez recorded seven goals in 17 appearances in the 2021 NISA Fall season, finishing fourth in the league’s Golden Boot race as he earned All-League First Team honors. The 26-year-old has made 30 appearances overall for Detroit since joining the club prior to the 2021 NISA Spring season last March.

A native of San Antonio, Texas, Rodriguez began his professional career in the USL Championship with hometown club San Antonio FC in 2017. He made 32 appearances across two seasons with SAFC, recording one goal and 1,319 minutes of action while helping the club reach the Semifinals of the 2017 USL Championship Playoffs.

In 2019, he joined the Richmond Kickers as the club joined USL League One and made 23 appearances, recording one goal in a holding midfield role that also saw him record 35 interceptions, 159 recoveries and a 70.5 percent tackle success rate. Rodriguez had previously played collegiately at the University of North Carolina Charlotte, where he made 60 appearances and recorded two goals and four assists and was twice named to the Conference USA All-Conference Team as a junior and a senior.