Forward arrives from Atlanta United 2, where he recorded six goals and seven assists over two seasons 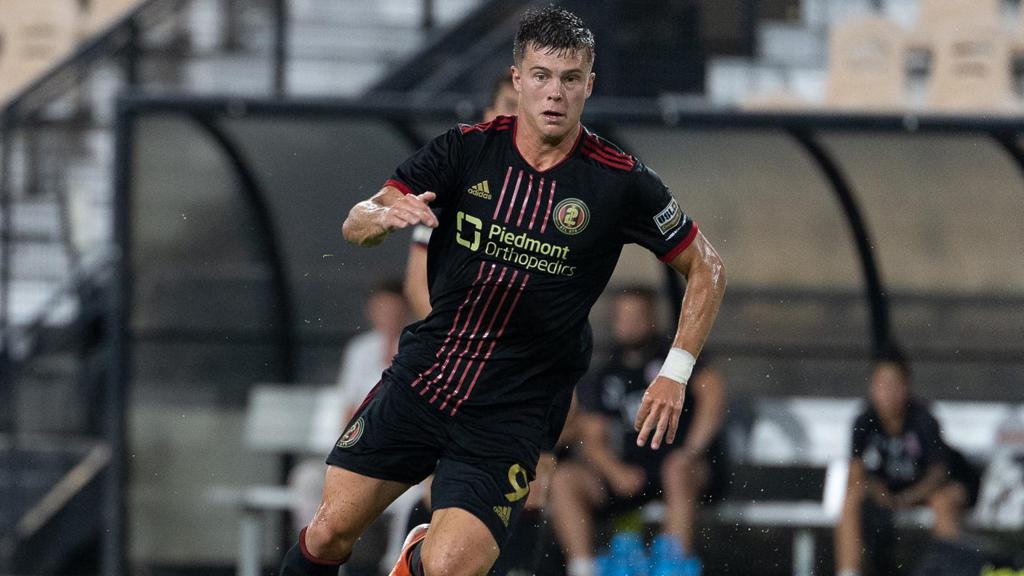 MEMPHIS, Tenn. – Memphis 901 FC announced on Friday the club had signed Tennessee native Phillip Goodrum as it builds toward the 2022 USL Championship season. The signing is pending league and federation approval.

A native of Nashville, the forward was selected with the 75th overall selection of the 2020 MLS SuperDraft by Atlanta United FC. Making his professional debut with Atlanta United 2 in the USL Championship in March 2020, Goodrum recorded 34 appearances, six goals and seven assists for the side across the past two campaigns.

Shortly after being drafted by Atlanta United, Goodrum was signed to a short-term agreement with the first team in February 2020 which saw him appear on the bench for Atlanta United’s Scotiabank Concacaf Champions League Round of 16 match at FC Motagua and later its Quarterfinal match against Club América in Atlanta.

“Phillip is a handful of a striker and is timely around the goal,” said 901 FC Head Coach Ben Pirmann. “His movements are sophisticated, and he has the will to do whatever it takes to score goals.

“We want goal-hungry players on our front line, and we believe that Phillip is next in line to help us finish our attacks. His selfless work ethic and technical abilities will provide him the tools to do just that.”

Prior to joining the Atlanta United organization, Goodrum was a four-year starter at UNC Wilmington where the forward started every match of his collegiate career and led the Seahawks to back-to-back 12-win seasons and NCAA Tournament appearances. From 2016 to 2019, Goodrum scored 32 goals and became one of two players in UNCW history to earn All-Colonial Athletic Association First Team honors three times in his career.

“I’m thrilled to be joining Memphis for the upcoming season. After seeing the success of the club this past year, it was the obvious choice for me to come in and join the winning ways,” said Goodrum. “I’m a forward who loves to score goals and I’m looking forward to doing lots of that at AutoZone Park.”