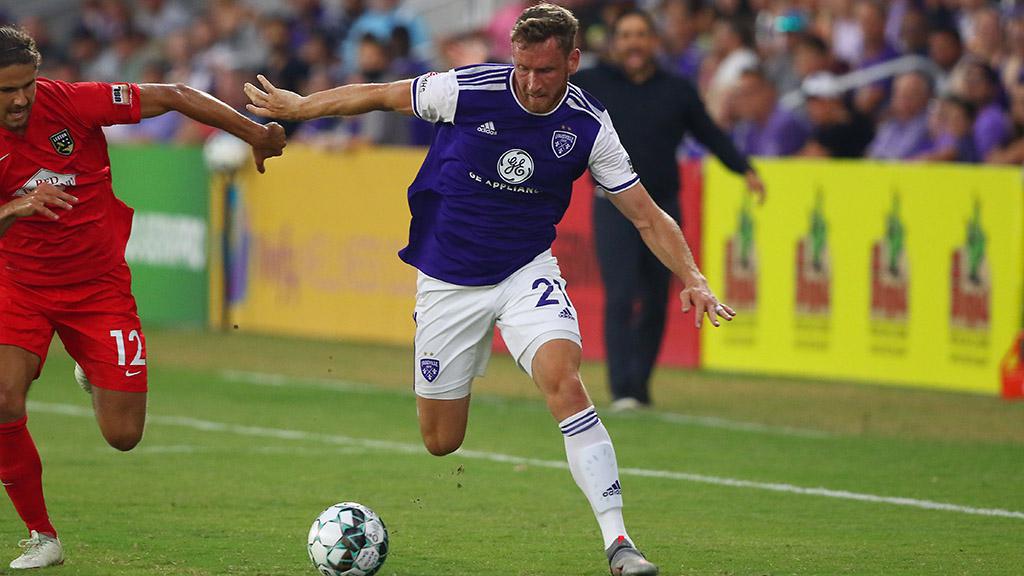 ST. PETERSBURG, Fla. - The Tampa Bay Rowdies announced on Friday it had signed veteran forward Kyle Greig for the 2022 season, landing one of the league’s all-time leading scorers for the new campaign. The signing is pending league and federation approval.

Greig spent the 2021 season with Eastern Conference rival Louisville City FC. The 31-year-old attacker joined the club in May of last year and went on to record five goals and two assists in 30 appearances. Over his career, Greig has recorded 62 regular season goals in 222 appearances in the Championship, placing him tied for seventh in the league all-time.

“Kyle ticks all the boxes on and off the field,” said Rowdies Head Coach Neill Collins. “He is the type of character we look for and will fit in with the current squad well in that respect. I think we were looking for pretty distinct qualities in terms of being able to give us a focal point to bring other players into the game and Kyle certainly brings that. I believe he can be a huge threat in the box and has goals in him.”

Prior to his season in Louisville, Greig was teammates with Rowdies midfielder Lewis Hilton at Saint Louis FC. In three seasons with Saint Louis, Greig scored 24 goals across all competitions, including recording 13 goals in the 2018 Championship regular season, a career high. Greig has also previously appeared in the Championship for Wilmington Hammerheads FC, OKC Energy FC, Vancouver Whitecaps FC 2 and FC Cincinnati since making his professional debut in 2013.