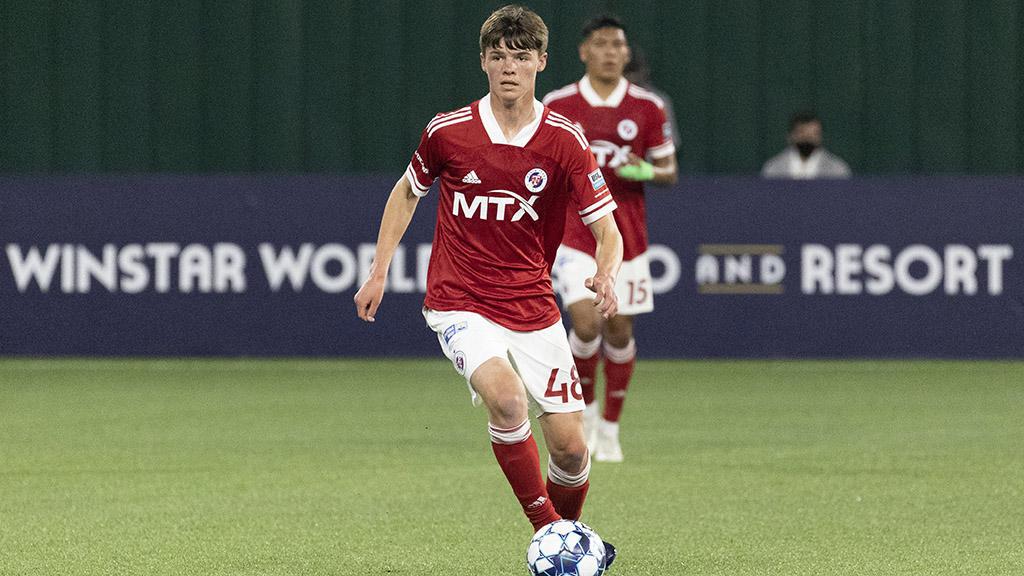 Birmingham Legion FC has signed 15-year-old midfielder Matthew Corcoran, who made his debut in the professional ranks this past season for North Texas SC in USL League One. | Photo courtesy North Texas SC

BIRMINGHAM, Ala. – Birmingham Legion FC announced on Friday the club had signed 15-year-old midfielder Matthew Corcoran to his first professional contract. One of the top young prospects in America according to TopDrawerSoccer.com, Corcoran will join Legion FC’s roster this preseason. The signing is pending league and federation approval.

“We are excited to add Matthew to our First Team roster,” said Legion FC President and General Manager Jay Heaps. “He already has an excellent skillset and ability, and we look forward to continuing his development within our group.”

Corcoran played for the Dallas Texans before joining for the FC Dallas Academy, where he helped the club U-15s win the FC Bayern Adidas Campus Cup in Munich, Germany in 2019 and the Dallas Cup in 2021. The Texan then made his professional debut in April 2021 with USL League One side North Texas SC, and was invited to participate in the U.S. Soccer Youth National Team Identification Camp this past September.

“I am both honored and excited to be joining Birmingham Legion FC,” said Corcoran. “The club stood out to me as a club that would allow me to grow as a player while competing for championships. I look forward to continuing my growth under Coach Soehn and his staff while soaking up everything I can from the senior players. Players want to do everything they can to bring a title to their supporters, and I will do everything I can to help make that happen.”