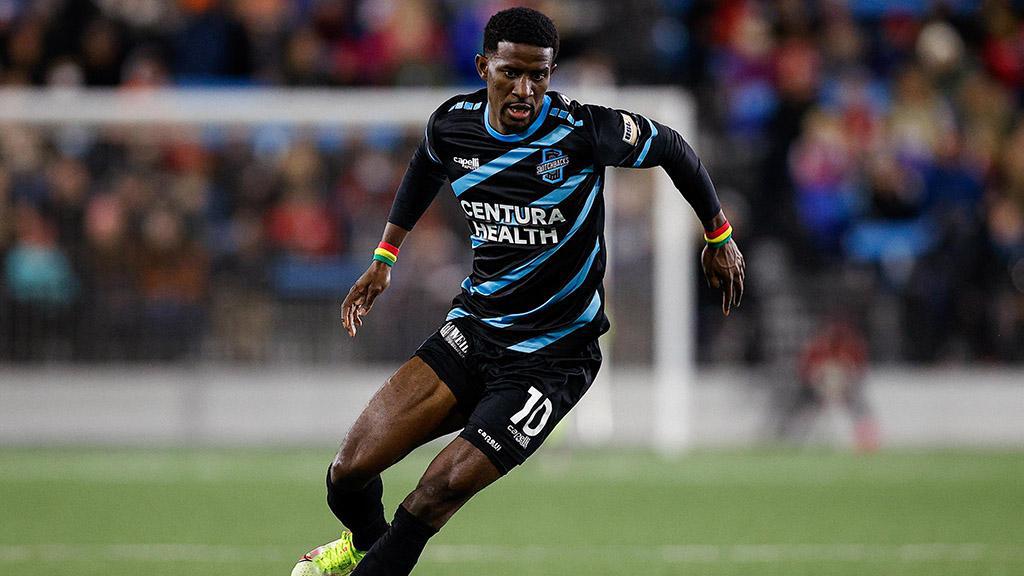 COLORADO SPRINGS, Colo. – Colorado Springs Switchbacks FC announced on Thursday the club had signed Hadji Barry to a new contract through the 2023 season with a one-year contract option for the 2024 season.

“I am really excited, knowing that I'll be part of the Switchbacks organization for years to come, and I'd like to take this time to really thank the Ragain family, coach Brendan Burke and the whole Switchbacks organization for how they've embraced me and welcomed me from the first day that I arrived here,” said Barry. “This shows again how much they value me as a player and person, and I really can't wait to repay that back by giving my all, 110 percent every time I step on that field, and help bring success to this organization. Like I've said before, I'd like to continue the success that I've started here and keep building the legacy that I came here for, and I really can't wait to start up the 2022 season.”

In his first season with the Switchbacks, Barry made an indelible impact on the team. In 32 regular season games, Barry notched a massive 25 goals, tying the USL Championship’s single-season record and earning the league’s Golden Boot for 2021. Post-season, Barry additionally earned a spot on the 2021 All-League First Team, and was awarded Most Valuable Player honors. Averaging a goal every 115 minutes and five assists, Barry was instrumental in helping lead the team to its first postseason trip since 2016 as he played in every game of the campaign, logging 2,783 minutes.

“It's really exciting to see the direction this franchise is heading towards and they've really shown a consistent level of keeping and bringing really talented players, and the future looks really bright for the Switchbacks,” said Barry. “To the Switchbacks fans: thank you for all the love and support you have shown us. We appreciate you guys always being there with us through the ups and downs, and we can't wait to have you all at Weidner Field this upcoming season. I invite you all to come out in big numbers and help us make Weidner Field a fortress to opponents, and I hope you guys are as excited as us and looking forward to the upcoming season.”

“Hadji [Barry] is a special player in the USL Championship and we want him leading this Switchbacks team and community without any reservations for the next few years,” said Switchbacks FC President, Nick Ragain. “We are keen to build on the momentum Barry helped generate last season to win trophies and celebrate the people of Colorado Springs as winners."