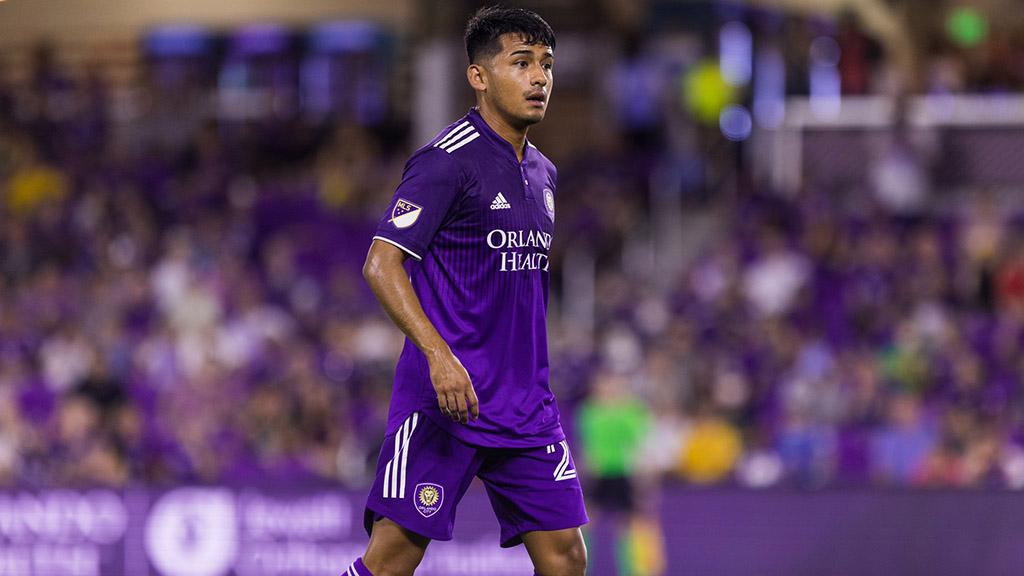 INDIANAPOLIS – Indy Eleven announced on Thursday it had signed midfielder Raul Aguilera ahead of the 2022 USL Championship season, reuniting the former Orlando City SC player with Head Coach Mark Lowry in the Circle City. Per club policy, terms of the contract will not be released, and the signing is pending league and federation approval.

Aguilera comes to Indy having previously worked with Lowry, who was a coach on the staff of Orlando City’s USSDA Academy when Aguilera was making his way through the club’s ranks.

“When Mark reached out to me about playing under him this season I didn’t have to think twice because I knew it’d be a perfect fit. He played an important role early on in my career, so to reunite with him almost 10 years later is special and truly exciting for me,” said Aguilera. “I trust in his ability to create the winning environment that I crave and that Indy Eleven deserves, and he knows he can trust in me to buy in and give my all to my teammates and the organization. There’s a lot to prove this year, and March 12th can’t come soon enough.”

After signing as Orlando City’s 10th Homegrown signing prior to the 2021 Major League Soccer campaign, the 22-year-old native of Sanford, Fla., made three regular season appearances as the side advanced to the 2021 Audi MLS Cup Playoffs. In 2020, Aguilera featured for Orlando City B in USL League One, scoring once while starting in seven of his eight appearances. Aguilera began his path to the pros with Orlando City’s Academy from 2015-17 and notched an all-conference honor for their U15/16 USSDA side in 2016.

“I’m thrilled to reunite with Raul Aguilera and bring his hunger to improve and compete into our squad,” said Lowry. “I’ve kept tabs on Raul since our time in Orlando and know that, despite his young age, he is a mature young man and very intelligent footballer who will be a solid contributor at the USL Championship level.”

Prior to starting his pro career, Aguilera played three seasons collegiately at the University of North Carolina from 2017-19, starting 30 of his 44 matches and contributing two goals and six assists from the midfield. While with the perennial national power, Aguilera contributed to the 2017 squad that went to the NCAA Men’s College Cup that fell to Indiana University in the National Semifinals. Aguilera also played one season of USL League Two play with Florida-based squad SIMA Aguilas, helping the club to the Southeast Division title.