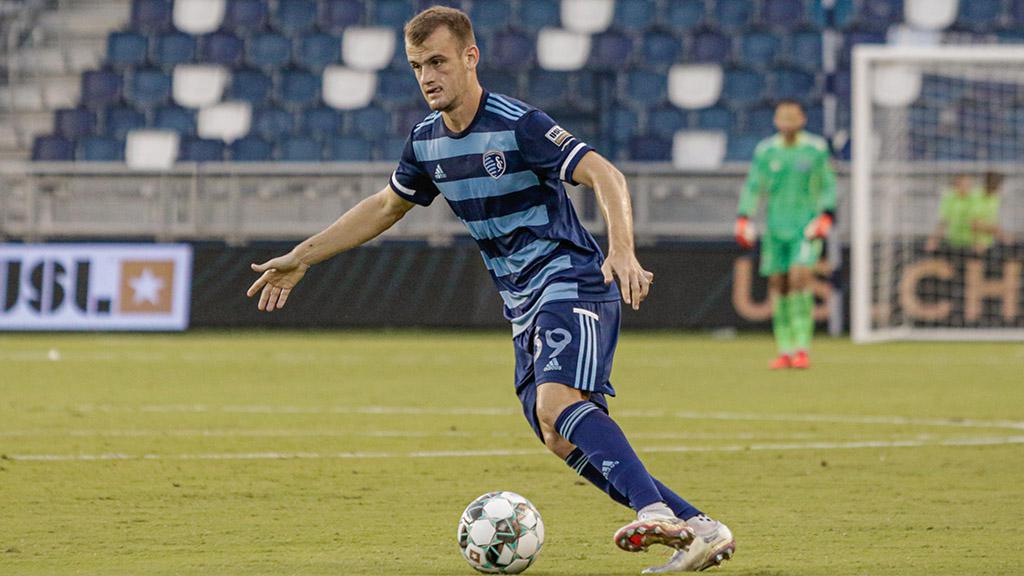 TULSA, Okla. – FC Tulsa announced on Thursday it had signed Croatian midfielder Petar Čuić ahead of the 2022 USL Championship season. The transaction is pending league and federation approval.

Čuić has spent the previous two seasons in the USL Championship with Sporting Kansas City II, a club FC Tulsa matched up with on four occasions last season as a result of the two competing in the Central Division. Between the 2020 and 2021 campaigns, Čuić faced FC Tulsa five times and started four of those matches.

“I had the opportunity to see Petar firsthand from our matches against SKC II,” said Tulsa Head Coach Michael Nsien. “What stood out was his ability to link the attack from back to front as well as being a permanent fixture centrally to stop the opposition. Petar is a true central defensive midfielder that has the discipline and tools to control the middle area.”

After initially signing at 15 years old to the GNK Dinamo Zagreb Academy in his home country, Čuić rose through the Dinamo Zagreb club ranks and reached the club’s second-tier team before being loaned to SKC II in 2020. He appeared in all 16 of the club’s matches in his first season and scored his first USL Championship goal.

Čuić is coming off a 2021 season in which he set career-highs in appearances (29), starts (25), and minutes (2,080). He netted his second Championship goal last year while maintaining a 81.2% pass completion rate and contributing 23 chances created from his defensive midfield position.

“I am beyond excited to sign with FC Tulsa,” said Čuić. “The coaching staff and the whole support team have been amazing and welcoming. I am not even in Tulsa yet, and I already love it. Can’t wait to get in town and start the season.”