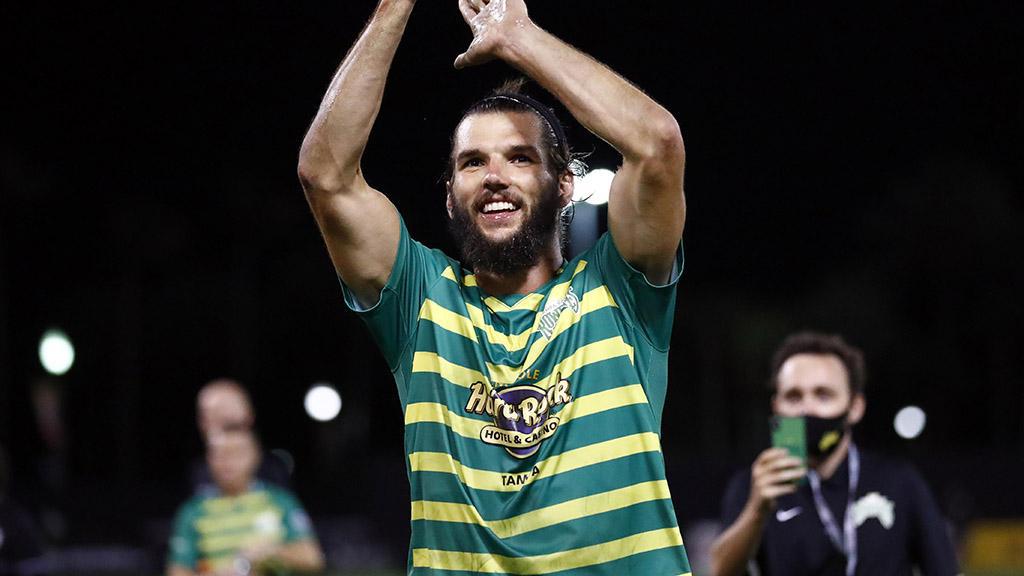 The 28-year-old joins Sundsvall as the club returns to the top flight in Sweden after earning promotion in the 2021 campaign with a second-place finish in the Superettan. Sundsvall last competed in the top division in the 2019 campaign.

“To be able to play in a top-flight in Europe is a dream come true,” said Lasso. “Playing against new players with different qualities will undoubtedly be a challenge, but I think it only makes me stronger.

“I am excited about every part of this adventure, and I am very grateful for the opportunity.”

Lasso has been considered one of the Championship’s top defenders since he earned his first All-League First Team selection for the Charleston Battery in 2017, his third season in the professional ranks. This year he became the first player in league history to earn All-League First Team honors in five consecutive seasons as he competed for FC Cincinnati (2018), Nashville SC (2019) and the Rowdies for the past two campaigns.

At Cincinnati in 2018, Lasso earned his first Championship Defender of the Year award, and claimed the honor in both of his seasons in Tampa Bay. Since the start of the 2017 campaign, the 6-foot-6 center back has recorded a league-high 671 clearances while ranking third with 108 blocked shots. He has also won 67.7 percent of duels, and 75 percent of aerial duels and has served as a key figure for each club he has represented.