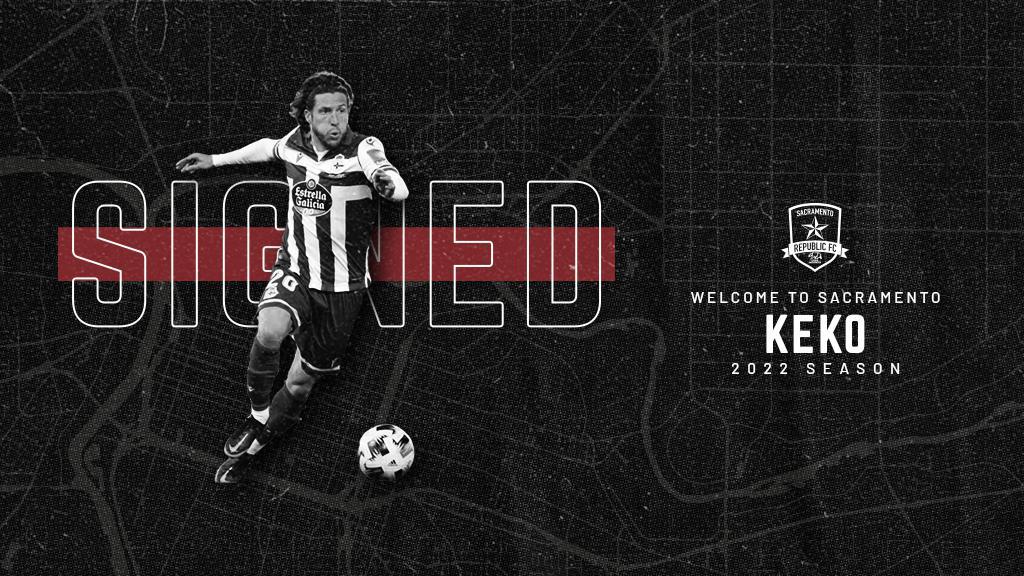 SACRAMENTO, Calif. – Sacramento Republic FC announced on Tuesday the club had signed Spanish midfielder Sergio Gontán Gallardo – nicknamed “Keko” – pending league and federation approval. He will be added to Republic FC’s 2022 roster pending receipt of his P-1 Visa and ITC. Per club policy, the terms of the contract were not disclosed.

“Keko brings a wealth of experience from his time in Spain and Italy,” said Republic FC President and General Manager Todd Dunivant. “His technical ability to find the right pass will be a big boost to our attack, and he will bring added veteran leadership both on and off the field.”

The 30-year-old Madrid native comes to Sacramento following a 13-year professional career in Spain and Italy at the highest levels of European football, as well as second and third divisions stops. A product of Atlético Madrid’s youth academy, Keko made his La Liga debut with the club in 2009 at the age of 17. Since then, he has amassed 112 appearances, five goals, 13 assists, and over 6,500 minutes in Spain’s top league, while representing multiple organizations – including Real Valladolid CF, SD Eibar, and Málaga CF.

Most recently, he spent two seasons with Deportivo La Coruña in Spain’s third-division where he logged 24 appearances across all competitions. Before joining Deportivo, he featured for Real Valladolid CF during the 2018-19 La Liga season, where he appeared 26 times and recorded two goals and an assist.

He also spent two seasons in Italy with Serie A side Calcio Catania, where he made 23 appearances, adding one goal and one assist. With Catania, Keko made three Coppa Italia appearances, helping his club reach the Round of 16 in back-to-back years (2013, 2014).

Beyond his extensive club career, Keko has featured at the youth level for Spain’s U17, U18, U19, and U20 squads. During the 2008 UEFA Under 17 Championship, Keko scored twice in six matches, including the eventual game winner in the final against France. During the 2010 UEFA Under 19 Championship, he netted another international goal in five appearances, with Spain falling short in the final to France, 2-1.