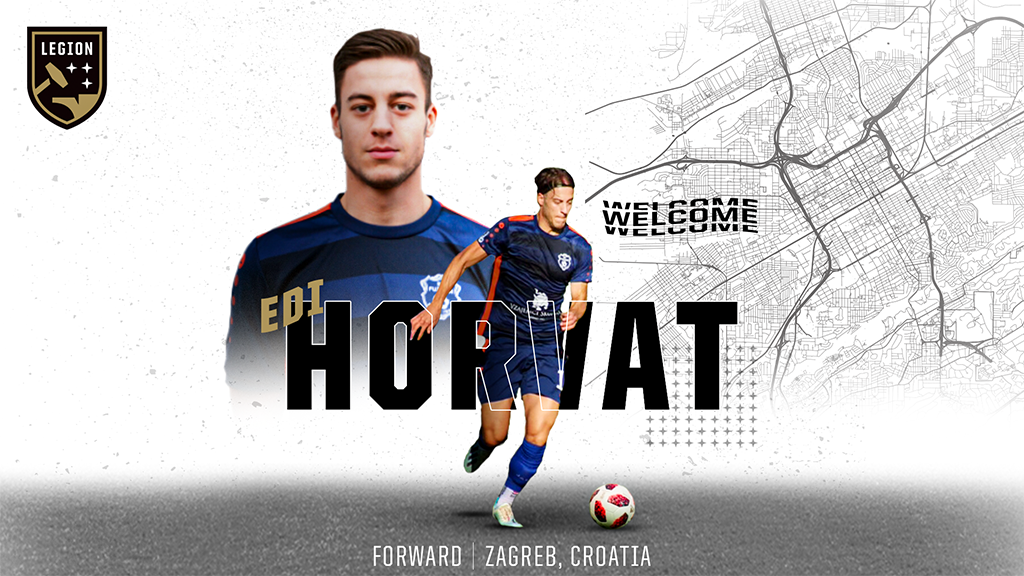 BIRMINGHAM, Ala. – Birmingham Legion FC announced on Tuesday the club had signed Croatian forward Edi Horvat. The signing is pending the finalization of a P-1 visa and International Transfer Certificate (ITC), and league and federation approval.

“We are excited to add Edi to our attacking group,” said Legion FC President & General Manager Jay Heaps. “He is a natural forward with speed, strength, and the upside and ability to be a dangerous goal scorer in our league.”

Horvat most recently competed for Slovenian Second Tier side NK Fužinar, where his seven goals were tied for seventh in the league through the first half of the season. He also added five assists in 16 appearances, and his eight goals in 22 games last season placed him in the top 15 in the league.

The 23-year-old kicked off his professional career in 2017 at NK Aluminij Kidričevo in the Prva Liga, the Slovenian First Tier, and then he transferred to NK Brežice 1919 where he scored five goals in 21 appearances across two seasons. Before moving to Slovenia, Horvat recorded 16 goals in 20 games playing in his home country for the Inter Zaprešić Under-19s.