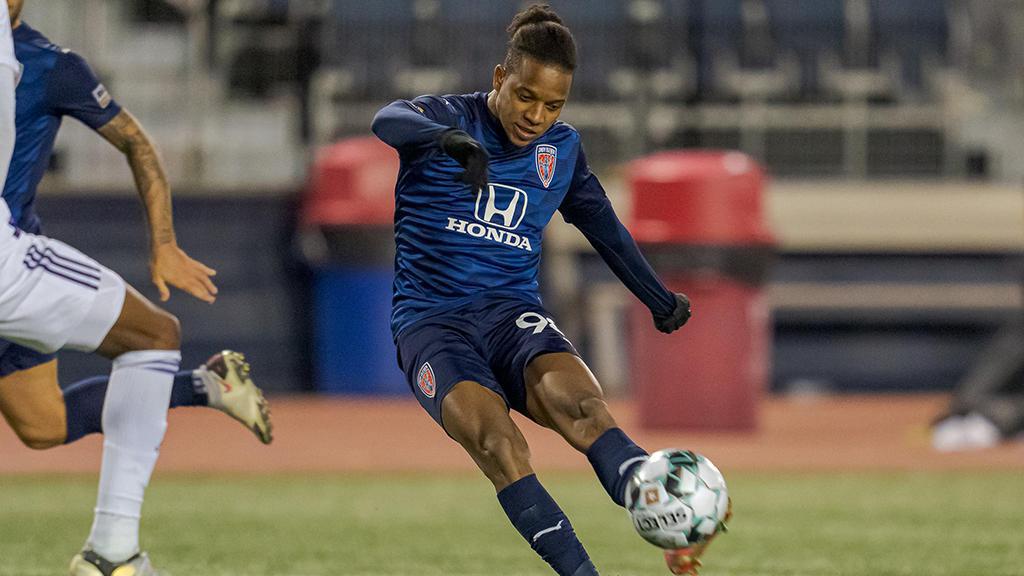 HARTFORD, Conn. – Hartford Athletic announced on Tuesday it had signed Jamaican international Peter-Lee Vassell ahead of the 2022 season. The signing is pending league and federation approval.

Vassell joins Hartford after spending the 2021 season with fellow USL Championship side Indy Eleven, where he was third on the team with three goals. The 23-year-old has turned heads in recent years with the Jamaican National Team, bagging six goals in 18 appearances with the Reggae Boyz at the senior international level including contests in the 2019 Concacaf Gold Cup and 2022 FIFA World Cup Qualifying.

The 23-year-old is currently in the squad for Jamaica’s upcoming friendly with Peru on January 20th as the side prepares for its next three games of World Cup Qualifying at the end of January.

“Peter-Lee Vassell is a tremendously talented player and we are thrilled to add him to our squad,” said Head Coach Harry Watling. “As a Jamaican International, Vassell brings great experience and lots of quality in attack. He will be a big part of our success this season.”

Vassell split the 2019 season between a pair of regular season champions, making six appearances for Los Angeles FC as part of its Major League Soccer Supporters’ Shield-winning campaign and playing another six games on loan for USL Championship side Phoenix Rising FC. LAFC drafted Vassell with it’s the 40th selection of the 2019 MLS SuperDraft after the attacking midfielder stood out in both the MLS Caribbean Combine and MLS Combine.

Vassell began his professional career with Harbour View FC, where he scored a pair of goals in 38 contests across the 2017-18 seasons for the perennial Jamaican Red Stripe Premier League contender.

“Hartford Athletic seems like a perfect fit,” Vassell said. “Their style of play fits my game very well and I think it will bring out the best in me on the pitch. Hartford also has a large Jamaican population which will make me feel right at home. It is the perfect situation for me.”