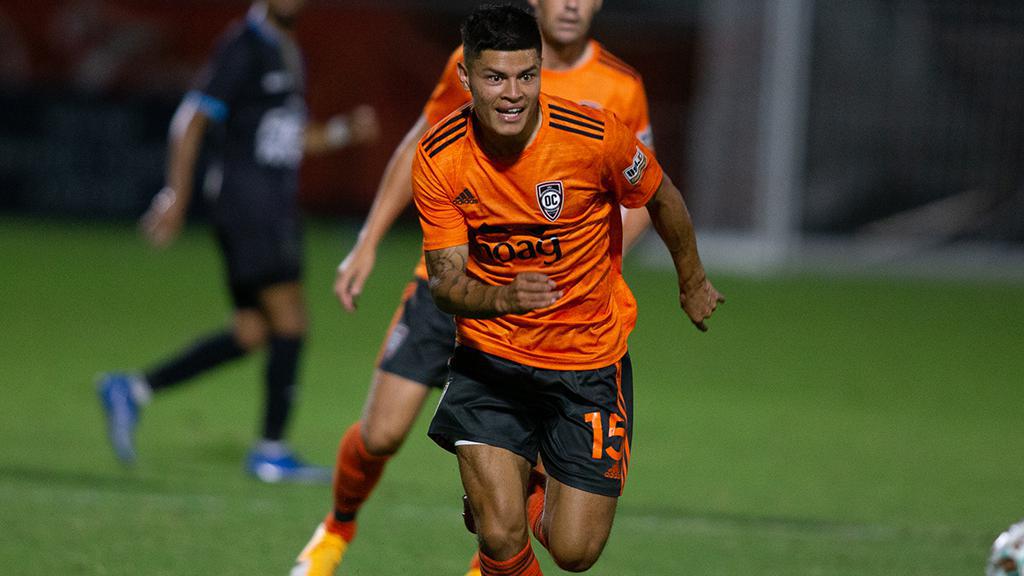 A winner of the 2021 USL Championship title while on loan at Orange County SC this past season, Calvillo is currently with El Salvador’s Men’s National Team for FIFA 2022 World Cup Qualification and will join Locomotive FC at the conclusion of the international window.

“We have been able to secure a very good talent in Eric,” said Locomotive FC Head Coach and Technical Director John Hutchinson. “2021 was a good season for Eric and we cannot wait to see what he can bring to the team. Eric is a box-to-box midfielder and will help strengthen our squad “We look forward to Eric coming into pre-season once he finishes his commitments with the national team.”

Calvillo joins El Paso after an incredibly successful season on loan with Orange County SC from San Jose Earthquakes that saw him 29 appearances across the regular season and playoffs while helping the club earn its first league title. The 24-year-old recorded two goals and four assists over the campaign, including an assist in the Championship Final against the Tampa Bay Rowdies.

Calvillo began his career in 2016 with the New York Cosmos, where he recorded four goals and one assist in 19 appearances and helped lift the side to a league title in 2016 before making the leap to Major League Soccer, signing with the San Jose Earthquakes in 2018. The California native made 11 appearances in the top flight for San Jose, and also spent time on loan with Reno 1868 FC in the Championship over three seasons.

Calvillo and El Salvador are set to play the U.S. Men’s National Team on Tuesday, January 27 at 4:30 p.m. MT live on ESPN2. They will conclude the January qualification matches in the Octagonal against Honduras on Sunday, January 30 at 5:05 p.m. MT.