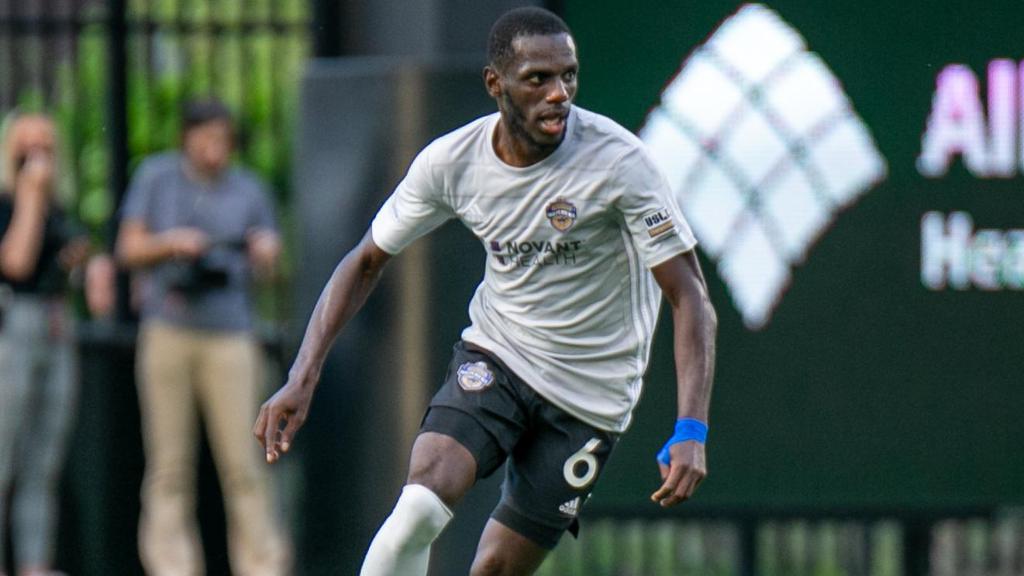 ST. PETERSBURG, Fla. - The Tampa Bay Rowdies announced on Tuesday a second new arrival this week with the signing of midfielder Junior Etou for the 2022 USL Championship season. The signing is pending league and federation approval.

Etou is the second former member of the Charlotte Independence to join the Rowdies this offseason, following the addition of Jake Areman on Monday. The 27-year-old central midfielder joined Charlotte in early 2020 and was a regular in the lineup that year, starting in all 17 of his appearances. He then made six appearances for Charlotte in 2021 and recorded the game-winning goal against the Rowdies in the clash between the sides on June 5.

The 27-year-old made himself an important cog in Charlotte’s system with his sound technical abilities and sturdy defensive work to hold the team together in the center of the field. While with the Independence, he recorded 18 interceptions and 147 recoveries in 23 appearances, while winning 68.7 percent of duels and 69 percent of tackles and completing 85.9 percent of his passes.

These are the skills Rowdies Head Coach Neill Collins hopes to see Etou bring to the Green and Gold.

“When you play against players, it’s obviously easy for them to catch your eye. It can also happen when you’re scouting teams and watching so much of their footage playing against other teams. People catch your eye with the things that they do, and Junior was one of those players,” said Collins. “I felt that when we played Charlotte, he was annoying. He was annoying because he kept disrupting the game, winning the ball and never really giving it away.”

Born in Brazzaville, Republic of the Congo, Etou moved to France as a young child and steadily worked his way up the ranks of the country’s amateur soccer scene. As a teenager, he landed at J.A. Drancy in the lower tiers of French soccer. He remained with the club for five years before eventually moving on to Monts d'Or Azergues in 2017. The following season, Etou made his professional debut for AS Béziers, making 17 appearances for the second division side. Shortly after making his debut, Etou was called up by the Republic of Congo’s national team for an Africa Cup of Nations qualification match.