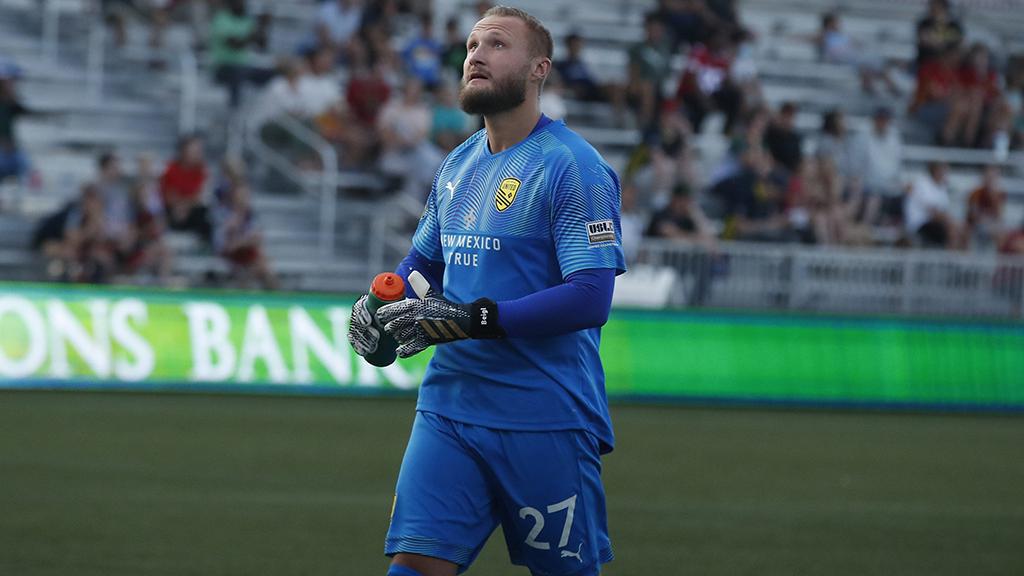 “Beigl was a priority for us to compete for the number one position,” said Locomotive FC Head Coach and Technical Director John Hutchinson. “Our goalkeeper coach, JC Garzon, had him in for training and liked him as a person and a footballer. Philipp has a good variety of experiences as a goalkeeper and one we hope will help our team throughout the season.

“We are all looking forward to welcoming Philipp and his family to El Paso.”

A native of Türkheim, Germany, Beigl comes to El Paso having played most recently with fellow USL Championship club New Mexico United for the 2021 season, making one appearance and two saves. Beigl began his career in the Bavarian premier league, Regionalliga Bayern, with the FC Memmingen Youth Academy. Throughout his youth career, Beigl played with Memmingen’s U-15 through U-19 rosters, totaling 87 appearances before signing with Bayernliga’s TSV Landberg in 2016.

Beigl made 57 appearances between 2016 and 2018 with Bayernliga before joining New Mexico United ahead of the 2020 season.