Central player recorded first two professional goals in 2021, has made 43 appearances for club 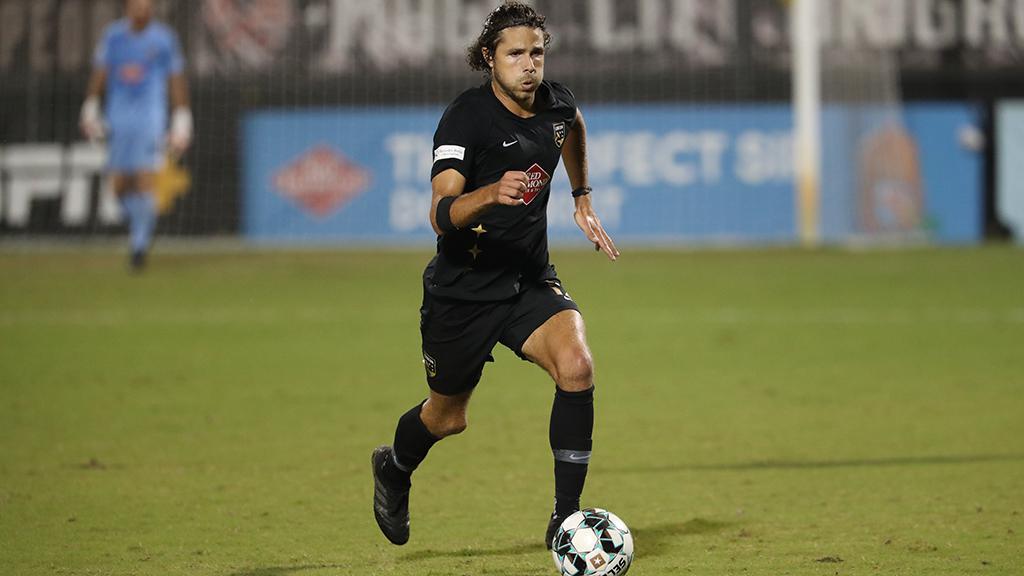 “Eli is somebody that fits in well with our group in the locker room and on the field,” said Jay Heaps, Legion FC President & General Manager. “He’s shown continued growth as a player, and we are excited to be able to keep him to Birmingham.”

Crognale recorded his first two professional goals during the 2021 season, two long range efforts that were a couple of the best goals in the USL Championship, and notched two assists, 16 chances created, 21 interceptions, 14 tackles, and seven clearances while holding an 84.2 percent passing accuracy rate. The 24-year-old previously had a successful rookie season in Birmingham in 2020, as he played in 15 of the club’s 17 matches. In 971 minutes, he led the team in tackles (30), was fifth in chances created (9), and was tied for fifth in assists (2), interceptions (12), and blocks (4).

“I’m blessed to be able to continue my professional career in Birmingham,” said Crognale. “The city is truly beginning to feel like a home to me. I have such a good connection with the players and staff, and I think there is no better place for me to grow as a person and a player. I have high hopes for the upcoming season, and I think the guys will do big things together. I look forward to a few more relaxing meditations on the field this season.”

Crognale played college soccer at Belmont before transferring to elder brother Alex’s alma mater, the University of Maryland. While a Terrapin, he started 42 of a possible 50 matches, racked up nine assists and recorded four goals, and controlled the midfield as the Terrapins won the 2018 National Title. For his efforts on the way to the championship, Crognale was named to the 2018 College Cup All-Tournament Team. He was also named to the 2019 All-Big Ten First Team and the 2019 United Soccer Coaches All-North Region Second Team.