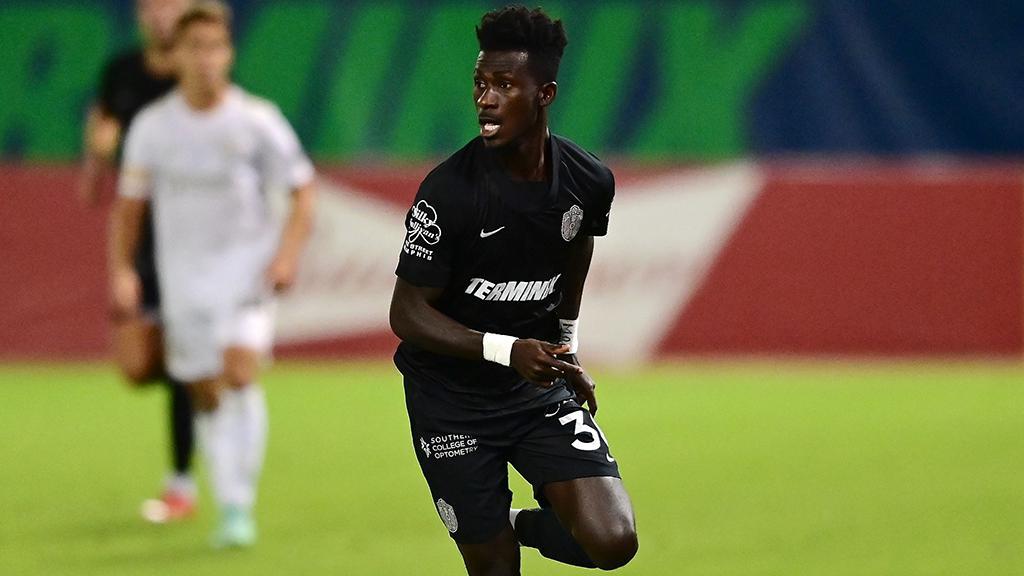 Ivorian midfielder Laurent Kissiedou has re-signed with Memphis 901 FC after playing a key role in the club advancing to the USL Championship Playoffs for the first time in the 2021 season. | Photo courtesy Eric Glemser / Memphis 901 FC

In a breakout 2021 campaign with Memphis, the Ivorian recorded four goals and five assists, leading the club its first trip to the USL Championship Playoffs. Serving as a catalyst to a record-setting offense, 901 FC went 5-0-1 in matches in which Kissiedou recorded either a goal or assist.

“I’m excited to be back. I would like to thank the front office for believing in me, especially Coach Ben [Pirmann],” Kissiedou said. “We’re back to continue what we started last season.”

Kissiedou earned Championship Team of the Week honors twice in the 2021 season as he made 31 appearances for the side across the regular season and playoffs. A former player at Atlanta United 2 – where he played for two seasons while also spending time on loan in the Championship with the Charleston Battery – the 23-year-old has made 78 appearances in the league over his career so far, recording eight goals, eight assists and 79 chances created.

“Laurent is one of the best midfielders in all of USL and we could not be happier to have him back,” said 901 FC Head Coach Ben Pirmann. “He brings a unique ability to drive at opponents with the ball at his feet and is a nightmare for his opponents. We are thrilled to have him in Memphis for years to come.”

A native of Divo, Ivory Coast, Kissiedou began his domestic career with the Atlanta United Academy in 2016. Over the course of a year, Kissiedou scored seven goals with the U-18 team.