26-year-old has recorded nine goals, seven assists for club over past three seasons 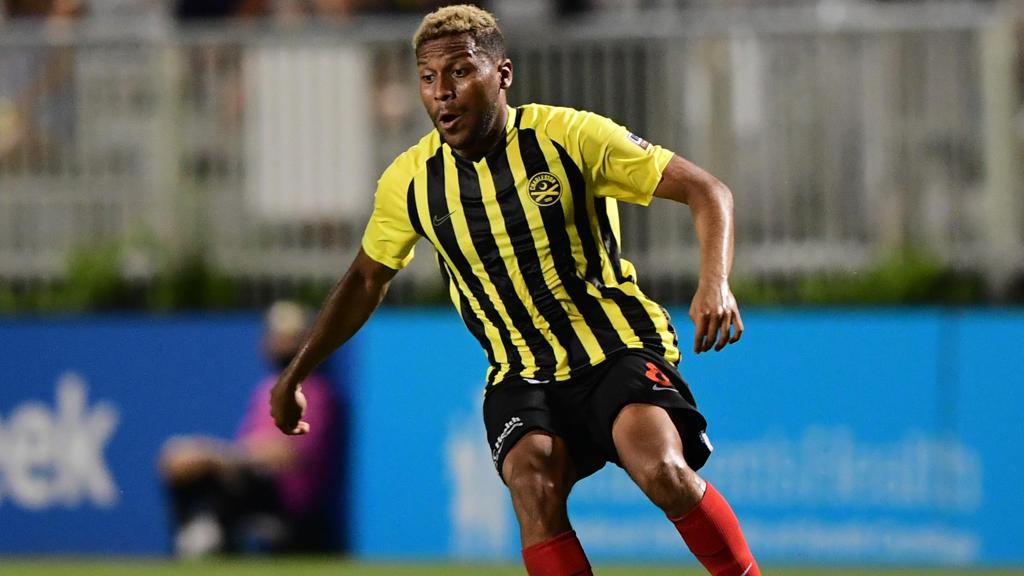 Charleston Battery midfielder Romario Piggott has re-signed with the club after recording four goals and two assists in 18 appearances during the past campaign. | Photo courtesy Charleston Battery

CHARLESTON, S.C. – The Charleston Battery announced on Monday the club had re-signed midfielder Romario Piggott for the 2022 USL Championship season, pending league and federation approval. The Panamanian returns to the Black and Yellow for his fourth season having made 58 appearances across all competitions previously.

“It feels good to re-sign with the Battery, I’m really excited to be back in Charleston and to meet the new coach and the new players that come this year,” said Piggott. “I will keep pushing myself leading up to the new season and I look forward to the new dynamic of the team.”

Piggott rejoined the Battery in July 2021 after recovering from an injury sustained the previous year and created an instant impact upon return. The fan-favorite tallied four goals, two assists and 18 chances created in 18 appearances in the second half of the season, including the game-winning goal in the club’s 3-1 win against the LA Galaxy II on October 20 at Patriots Point.

Piggott first signed with Charleston in September 2018, but he debuted with the Battery in 2019. Through his first three seasons with the Black and Yellow, Piggott has become a consistent performer on the pitch while registering nine goals and seven assists across all competitions.

“We’re really happy that Romario is returning to the club, I’ve seen a lot of great things from him over the past few years,” said Battery Head Coach Conor Casey. “He’s played mostly on the wings where he can utilize his speed, and he can play as more of an attacking midfielder too. He’s got some ability to be versatile for us.

“I’ve heard great things about his personality and his positive energy, and that’s what we want in the building, those leaders that come in every day upbeat and ready to work.”