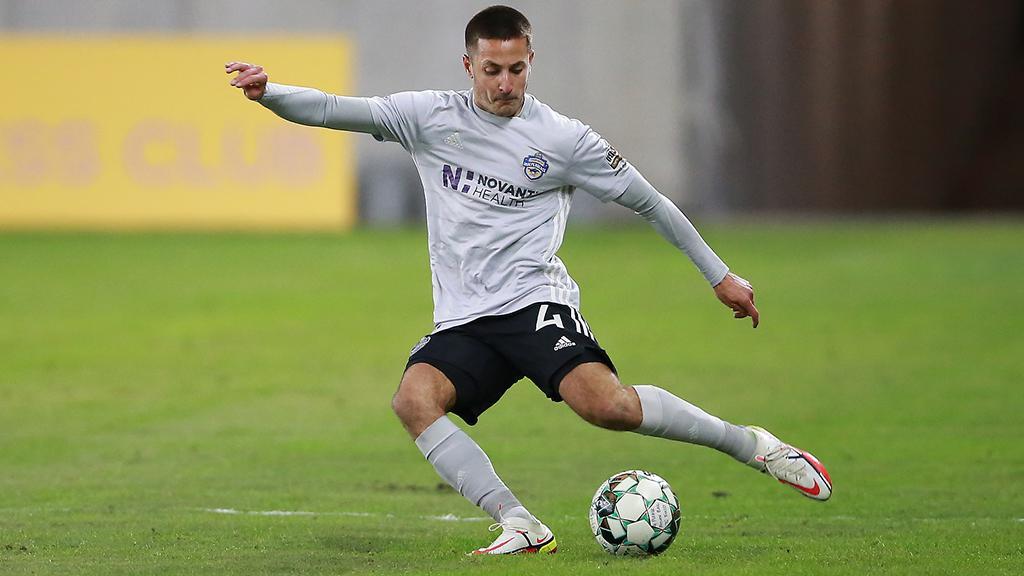 ST. PETERSBURG, Fla. – The Tampa Bay Rowdies announced on Monday the club had signed midfielder Jake Areman as its second new arrival ahead of the 2022 USL Championship season. The signing is pending league and federation approval.

Areman spent the past four seasons in the Championship with the Charlotte Independence, where he recorded 81 regular season appearances and 5,262 minutes of action. The 25-year-old recorded four goals and nine assists for the Independence while notching 87 chances created, including 38 chances created from set pieces. The past two seasons, Areman helped Charlotte reach the USL Championship Playoffs, including a trip to the Eastern Conference Semifinals this past campaign.

“We’re really pleased to get Jake on board,” said Rowdies Head Coach Neill Collins. “We’ve watched him a lot, having played against Charlotte four times this past season. We always knew Jake was a real threat for Charlotte heading into those games.”

A native of New Jersey, Areman spent two seasons at the University of Maryland before transferring to play his last two years of college soccer at Monmouth University. He also played one season with New York Red Bulls U-23s in USL League Two during the 2017 season, making five appearances and recording one goal as the side won the Mid-Atlantic Division.

“Jake can carry the ball, he’s good at playing in tight spaces, and he’s got a great left foot,” said Collins. “One thing we’ll be looking to get out of our team and Jake this year will be a few more goals, a few more assists, and I think he’s got the quality to do that. He’s played a lot of games at this level, something that we also like. He’s quite versatile as well. He can play in the middle and out wide. Lewis Hilton is obviously great from dead ball deliveries, and I think Jake has a really great delivery from out wide as well. It’s one of his strengths.”