Spanish forward had successful loan stint at club during 2021 campaign, including postseason goal vs. Miami 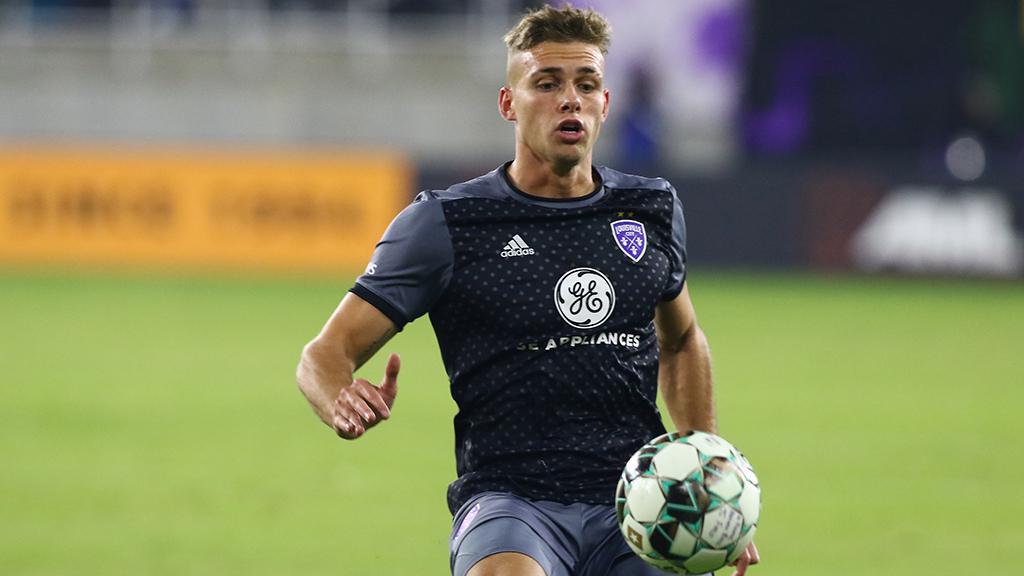 Spanish forward Jorge Gonzalez has signed with Louisville City FC after recording four goals in 21 appearances for the club in the past season on loan from Portland Timbers FC. | Photo courtesy Em-Dash Photography / Louisville City FC

LOUISVILLE, Ky. – Louisville City FC announced on Monday it had signed Spanish forward Jorge Gonzalez ahead of the 2022 USL Championship season after the 23-year-old’s successful loan stint at the club during the past campaign. The signing is pending league and federation approval.

Gonzalez netted four goals last season for LouCity while on loan from Major League Soccer’s Portland Timbers FC, including a game-winner against Miami FC in the Eastern Conference Quarterfinals of the 2021 USL Championship Playoffs. After becoming a free agent this offseason, Gonzalez signed with Louisville to return to Head Coach Danny Cruz’s squad for a second season.

“It's an honor to come back and play another season for Louisville City,” said Gonzalez. “I love this club, my teammates and every staff member. I can't wait to get back to work and have another great year."

Gonzalez overcame a preseason groin injury to make 21 appearances for LouCity. By the end of the campaign the No. 9 had cemented a spot in Cruz’s regular starting lineup, starring during a stretch of games in which the boys in purple clinched a Central Division title, No. 1 playoff seed and advanced to the Eastern Conference Final.

“We are thrilled to be able to welcome Jorge back to Louisville City,” said Cruz. “Signing him was a priority for us once the season ended. He is a talented young player who has a very bright future ahead of him. We are looking forward to getting a healthy Jorge going into 2022 and know that he will play an important role as we look to compete for another trophy.”

A native of Valencia, Spain, Gonzalez was selected with the 76th overall pick in the 2020 Major League Soccer SuperDraft by Los Angeles FC before signing with the Timbers. He debuted professionally in the USL Championship for the Portland Timbers 2 and in an abbreviated 2020 season registered eight goals in 10 appearances.

Gonzalez had initially made his move to the United States in 2016 to play collegiately at NCAA Division II’s Mercyhurst University in Erie, Penn. Following his freshman year, the forward transferred to Division I SIU Edwardsville, where he was coached by future LouCity Academy Director Mario Sanchez and was named the 2019 Mid-American Conference Men’s Soccer Player of the Year.